What’s your favourite razor? It may be a little premature, but this is already my grooming tool of 2013. Now I’m fairly new to the world of the battery powered, wet-shave razors, mainly because I honestly thought it was a load of all rubbish, a fad designed to sell the same old garbage to men because we’re that gullible. Well I’ll be the first to say, with the Wilkinson Sword Hydro 5 Power Select, I was wrong. 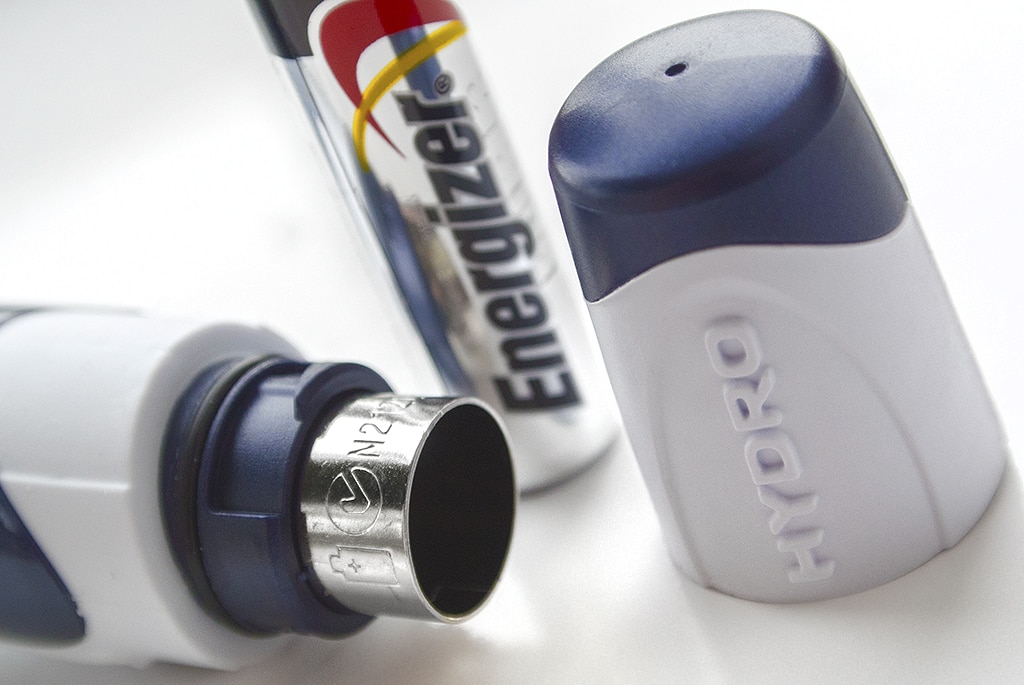 It’s a fairly simple principle – an AAA battery powers a vibrating motor which reduces almost all surface friction and allows an uninterrupted glide along the skin. There are three levels of vibration intensity, but I find the third setting is the most effective. The razor heads are loaded with a slightly highly effective gel reservoir that soothes and smooths as you go, but don’t worry it dries between uses so won’t gunk up your toiletry bag.

The first time I used it, I ran out of the shower shouting to my other half – “This is the best razor ever! You literally cannot feel it against the skin!” The glide is unbelievable and I’ve not come across anything this close and smooth to date. The shave is incredible close. I have fairly sensitive skin and can be prone to the little patches of razor burn, but nothing much, this however eliminates all that.

There are specially created razor refills for the Hydro 5 Power Select but other than direct from Wilkinson, I couldn’t really find them. It does however take the standard Hydro 5 Blade Cartridges and other than the gel reservoir plastic being blue not green, I couldn’t see a difference!

It has just hit stores and is also available online. It retails at £12.99 but you can pick it up from Boots.com for just £6.49, the refils are just £8.49 for a 4 pack and delivery is just £2.95. You have to check this out and if you’re a fully fledged, wet-shaver then there’s no option.

If you’ve tried this or end up doing so, then please drop me a comment and referring to my first questions, what is your current favourite wet-shave razor?

Ive just got one of these because it was £6. I haven’t tried it yet, but in true man style took 10 mins to figure out how to fit the battery. That was done with the help of your picture. No instructions on how to get the cap off (not good enough wilkinson sword). I would usually use pure man-style brute strength and end up breaking it, before I got to use it. But not today, so thanks.