This post is not sponsored and I purchased the Sony Alpha A6000 myself. 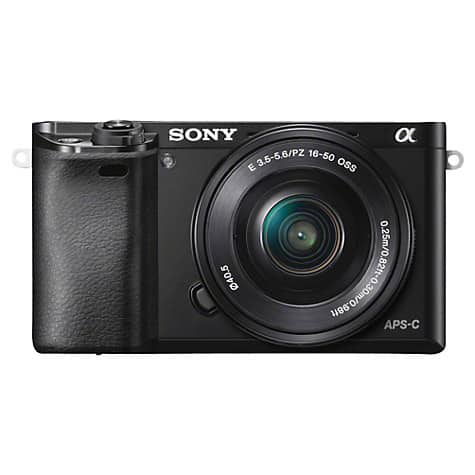 Why have you got rid of the Olympus PEN E-PL7?

The Olympus E-PL7 has become the blogger’s go-to camera and the brand have successfully established the PEN line as the perfect mid-range lifestyle camera. Unfortunately, the camera has numerous drawbacks that have become apparent over the years since being given it at its launch.

First and foremost, the image sensor is only teeny-tiny, meaning it doesn’t let a huge amount of light. I have a dark room with 2 soft boxes and a ring-light yet still photos appear washed out and grainy.

Finally, technology has moved on in 3 years; the WiFi is slow/fiddly to connect and it’s not the lightest thing around – plus I never used 90% of the features and gimmicks that came with it!

So I traded in all my old equipment that was sitting there loosing value (sadly the bi-product of a digital age) and bagged myself the Sony Alpha A6000 for £549. The trade-ins and accessories I got rid of covered pretty much all of it – I’m always a huge advocate of trading in with the likes of CEX etc.

The Neewer lens is manual focus rather than the super speedy automatic kit lens, but once you’ve got passed the learning curve, the shots are incredible. Photos in this article are captioned with which camera/lens has been used. 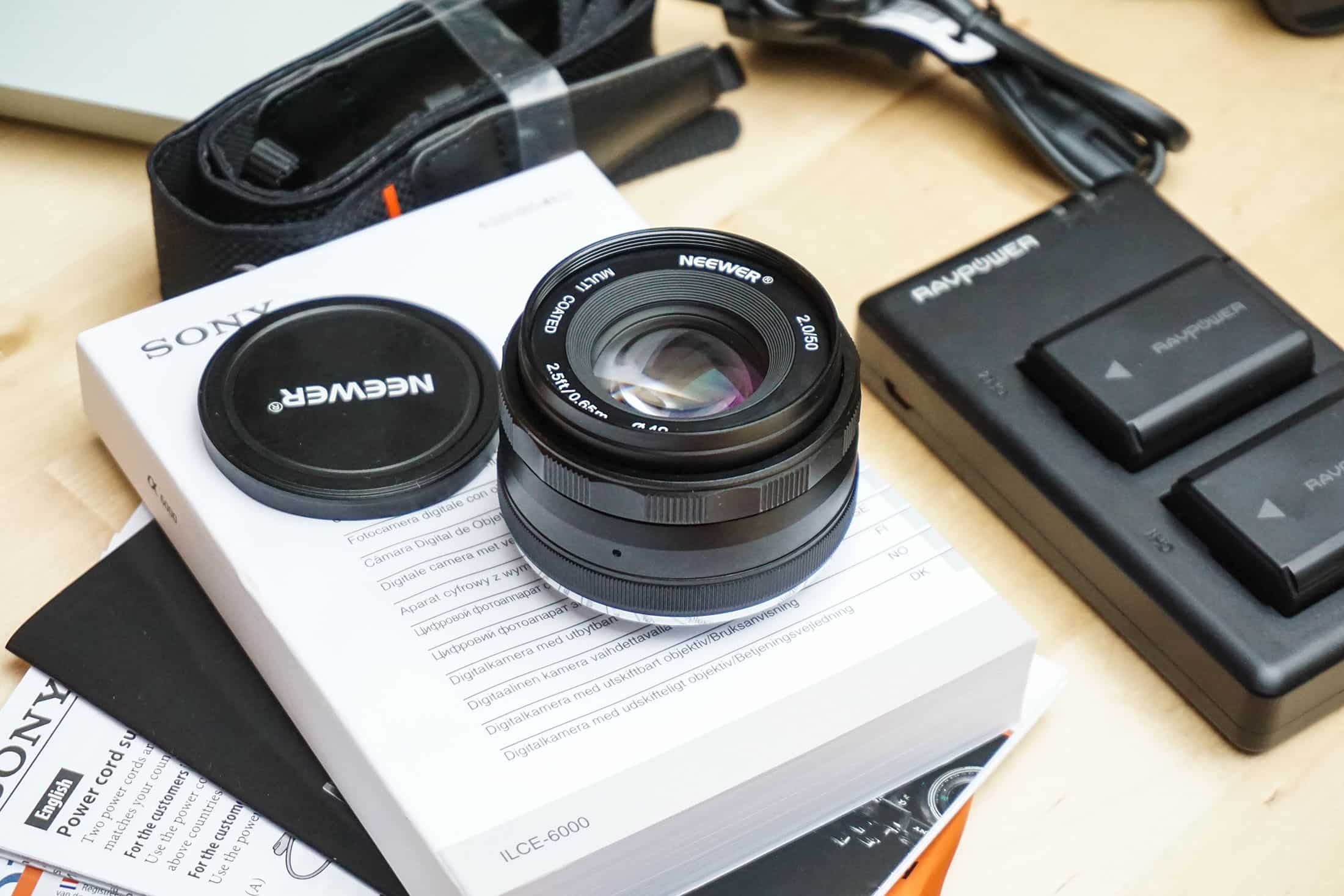 A love of photography and a history with Sony

This isn’t my first Sony Alpha camera, I had the A200 DSLR years ago but it was before big cameras were as popular and so getting hold of third-party accessories was a problem – Sony branded accessories and lenses do tend to hold a heft price-tag.

But these days you can get tonnes of third-party accessories and even the Sony own-branded ones aren’t as high as they used to be! Plus they finally adopted SD cards rather than pushing the propitiatory Sony Memory Sticks.

However, Sony have always pushed the fold with technology and I’ve had everything from cameras to computers and alarm clocks to USB sticks. I even dug out my old Sony UX50 PDA from the early 2000’s that was one of the most advanced for its time with a camera, folding hi-res screen, backlit keyboard, mp3 player and even WiFi and Bluetooth – it still looks cool! 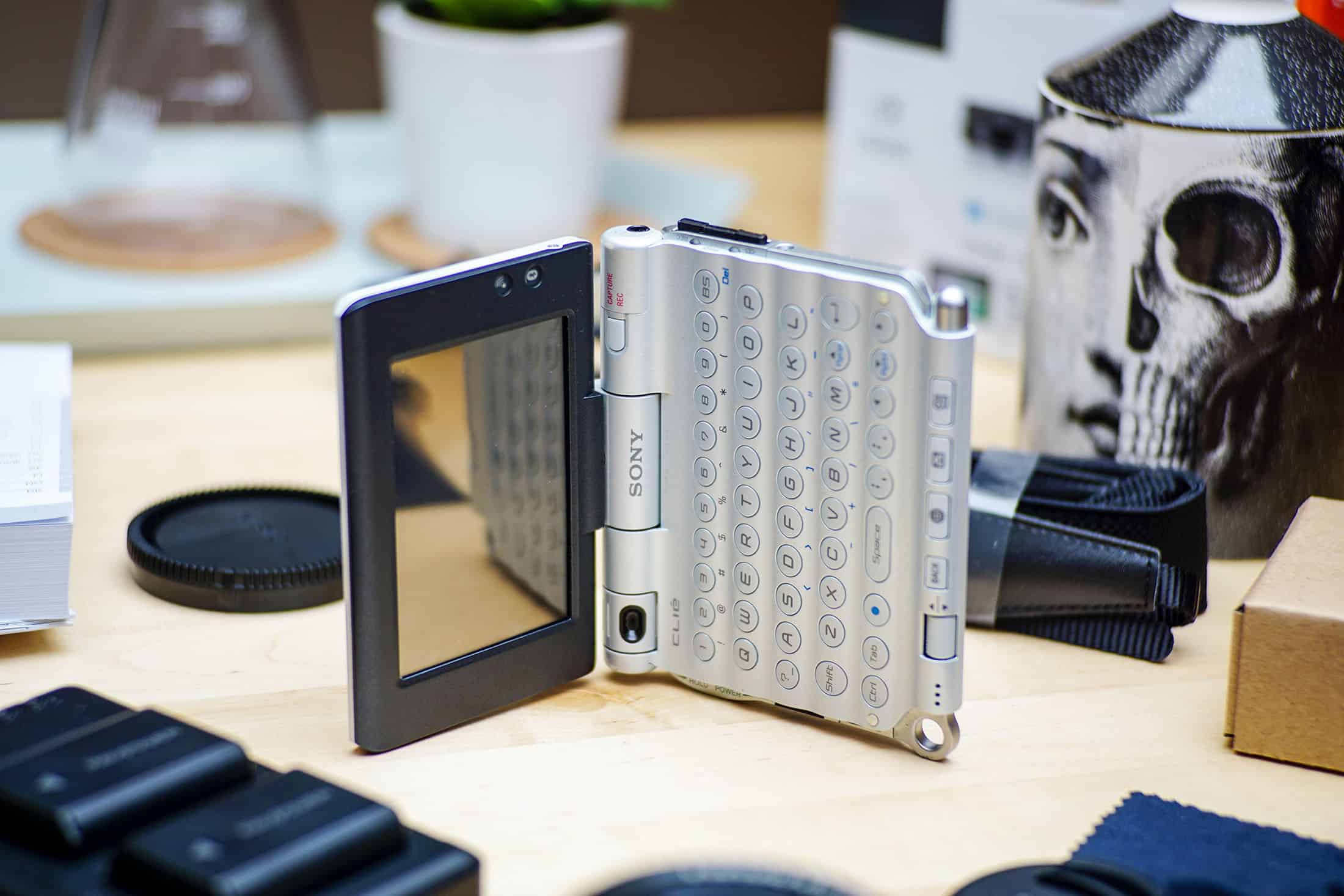 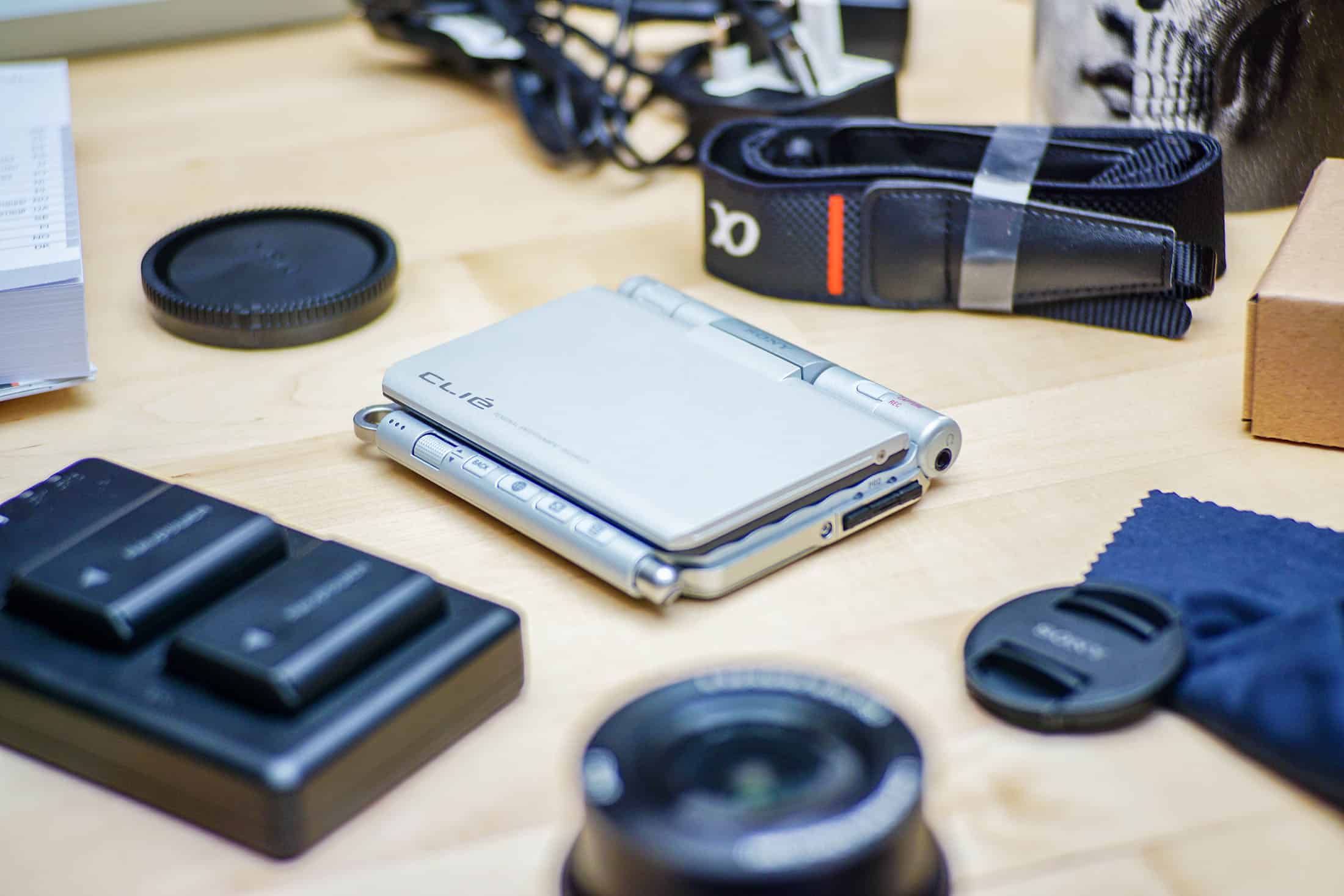 Then I’ve always loved photography. I did it at college, freelance and have never been without a camera close by. Here is me at the age of 3 using, incorrectly, my first ever camera – a 35mm film camera from Boots way back in 1993.

My mum put this amazing album together for Christmas which has spurred me on hugely to take and specifically ‘print’ more photos! 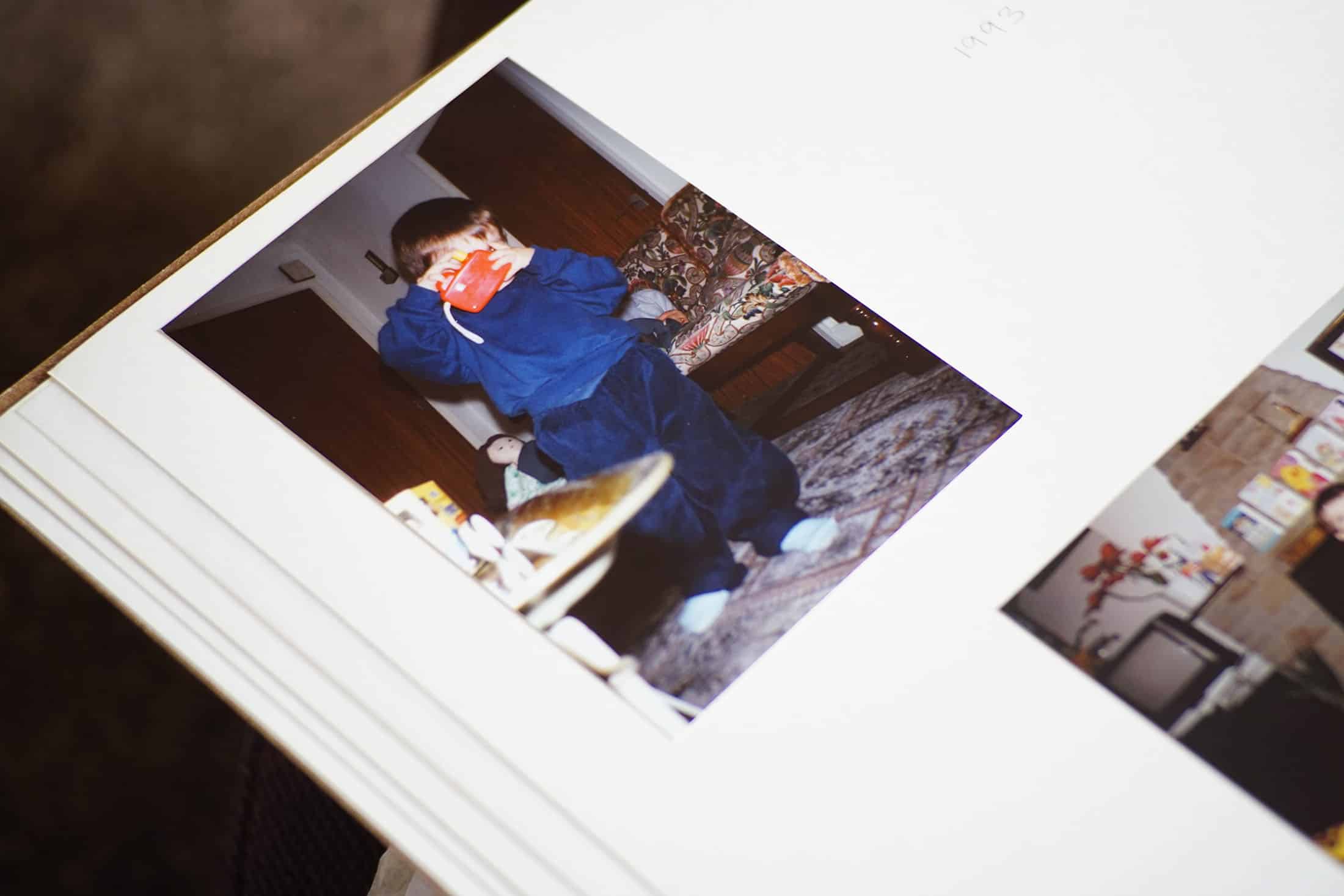 Below that are some of the photos I took on the Fujifilm Instax and Phone when Mr. MANFACE and me went to Spain last Christmas. I’m going to force myself to take and print photos off every single month!

It’s so much fun putting an album together that you can look through rather than hundreds of gigabytes of photos sitting unseen on a hard drive. From my phone I’ve been using the App LALALAB where you can easily upload photos and have them printed for 29p per shot that are then delivered to you. The quality has been really good so far. If you use my code, you get £5 off your first order ‘PG3BZVSE‘.

What’s so much better about the Sony Alpha A6000?

Firstly, it has an APS-C sensor, which is still not full frame but is 160% bigger than that in the Olympus E-PL7. This means that it performs really, reeaally well in low light conditions without needing to use a tripod. Also the A6000 is 24MP vs the E-PL7’s 16MP. 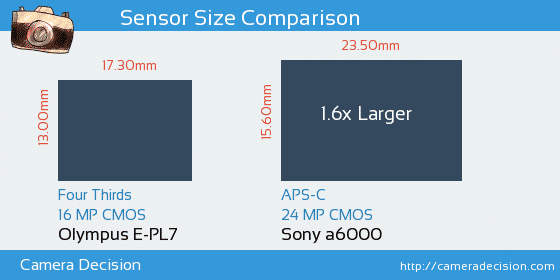 Below are 3 images, the first without flash and just a ‘normal’ photo, the second with low-light settings and the third with it’s wimpy-looking but wildly powerful full-fill flash. 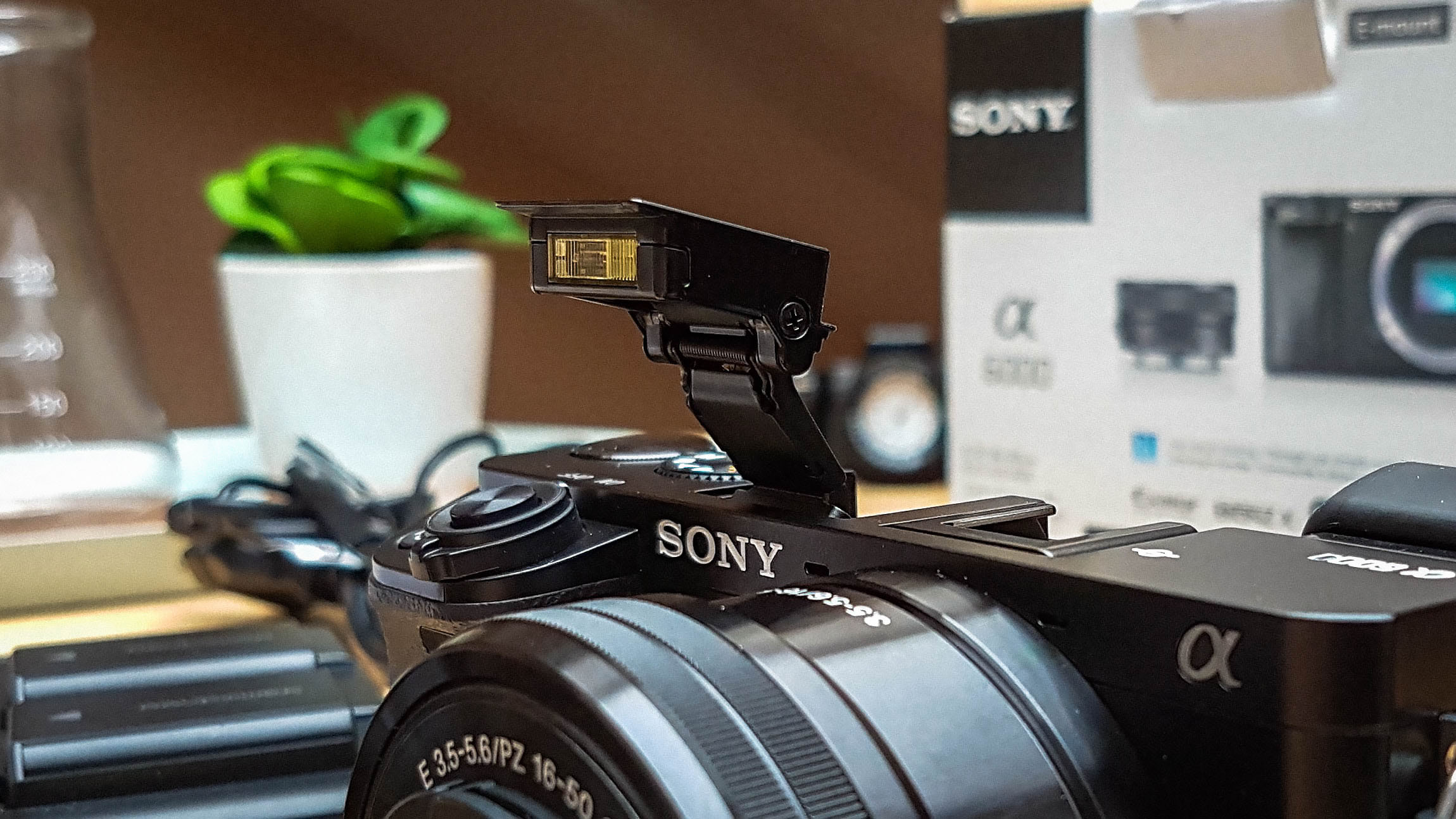 The A6000 flash looks flimsy but sits inside the body and is unspeakable powerful for a built-in. [Shot with Samsung Galaxy 7 Camera]

The low-light performance of the Neewer lens isn’t massively different than the Sony Kit Lens, it just gives a much lower depth of field (blurred background and blurred foreground). The antishake capability of the A6000 is superb. 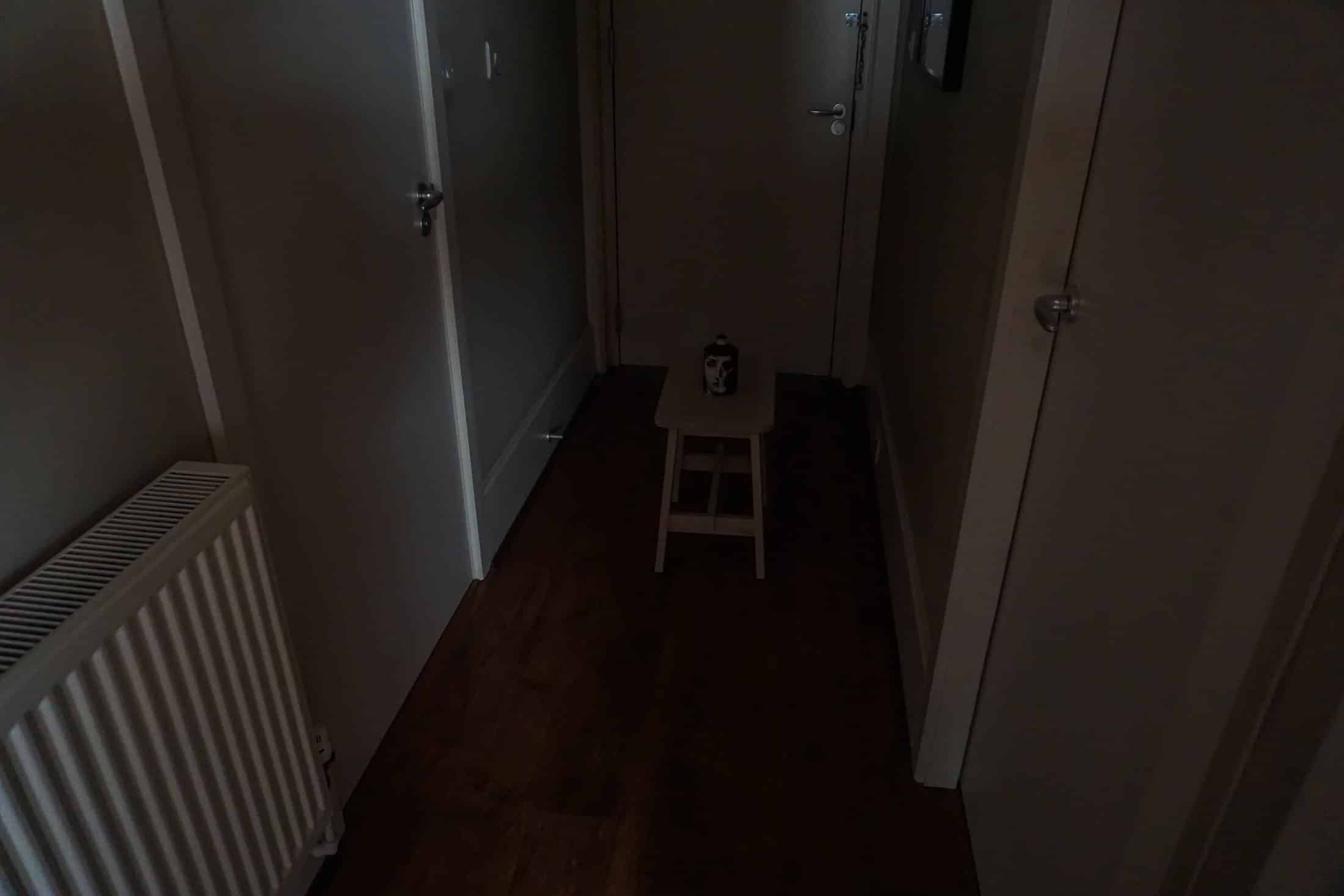 This was set up to show you how dark the area was that the photo was taken in. No windows and the door behind me open a crack. [Shot with Sony A6000 Kit Lens] 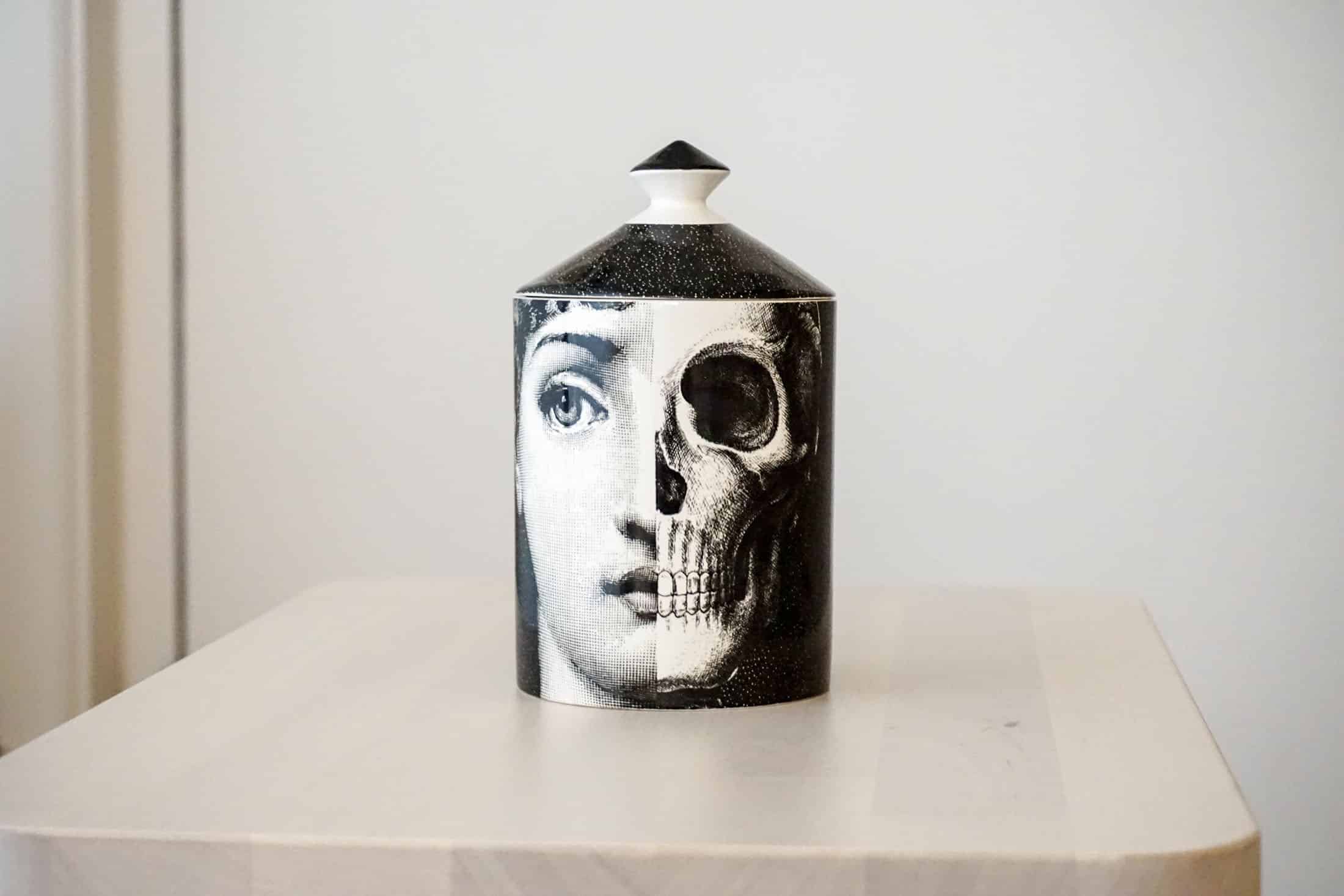 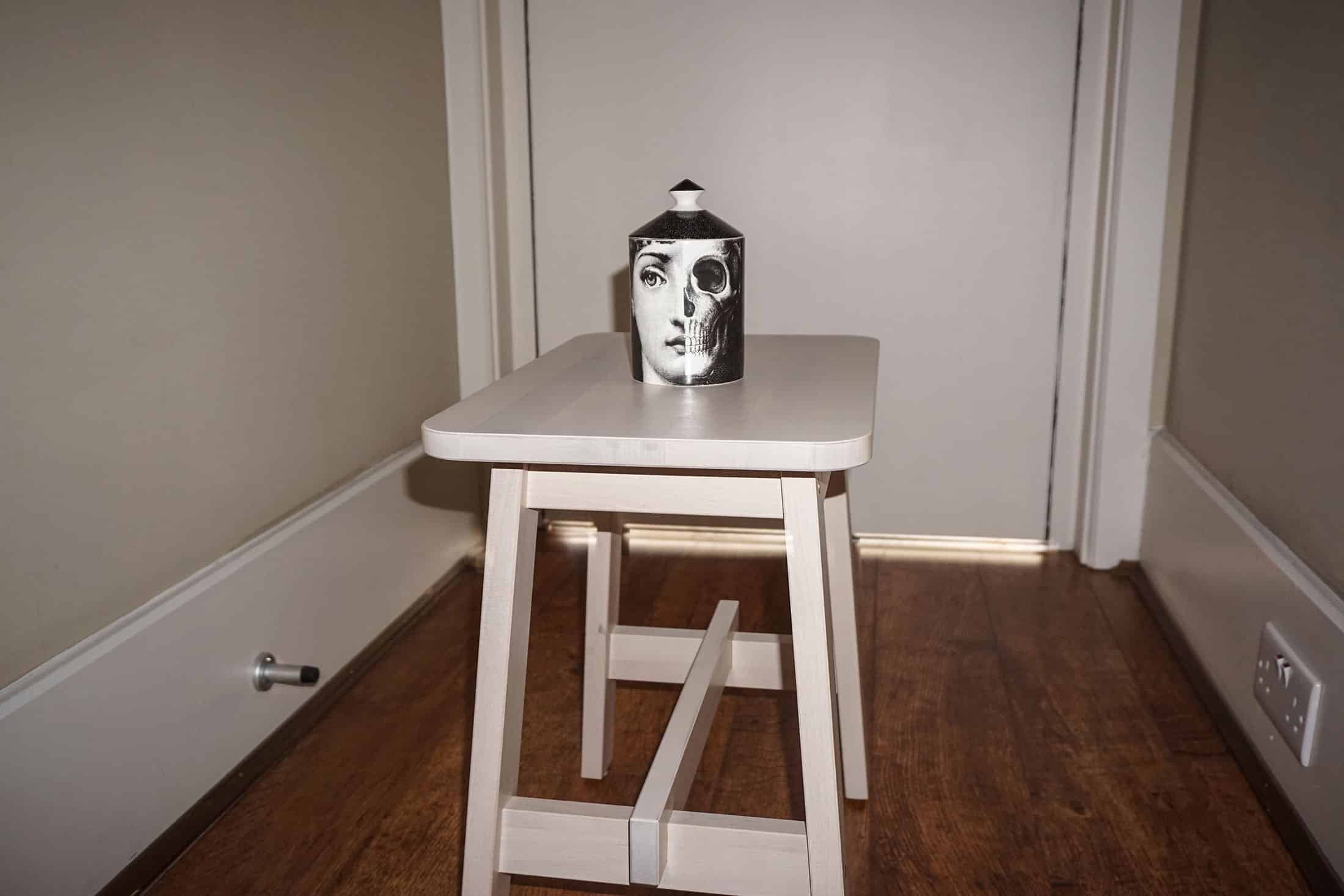 Photo taken using the Sony lens with the flash gun triggered. Although obvious it’s a flash, it does a great job of ‘filling’ the room. [Shot with Sony A6000 Kit Lens]

The Viewfinder and Monitor

The Sony A6000 has both a traditional-style viewfinder (with a stunningly crisp and bright OLED display) and a hi-res monitor display. The display isn’t a ‘selfie’ display like the Olympus E-PL7 – which I don’t think I used more than maybe twice – but does allow you to shoot down low and up high without having to crouch or contort your body. I have always preferred shooting with a viewfinder anyway. 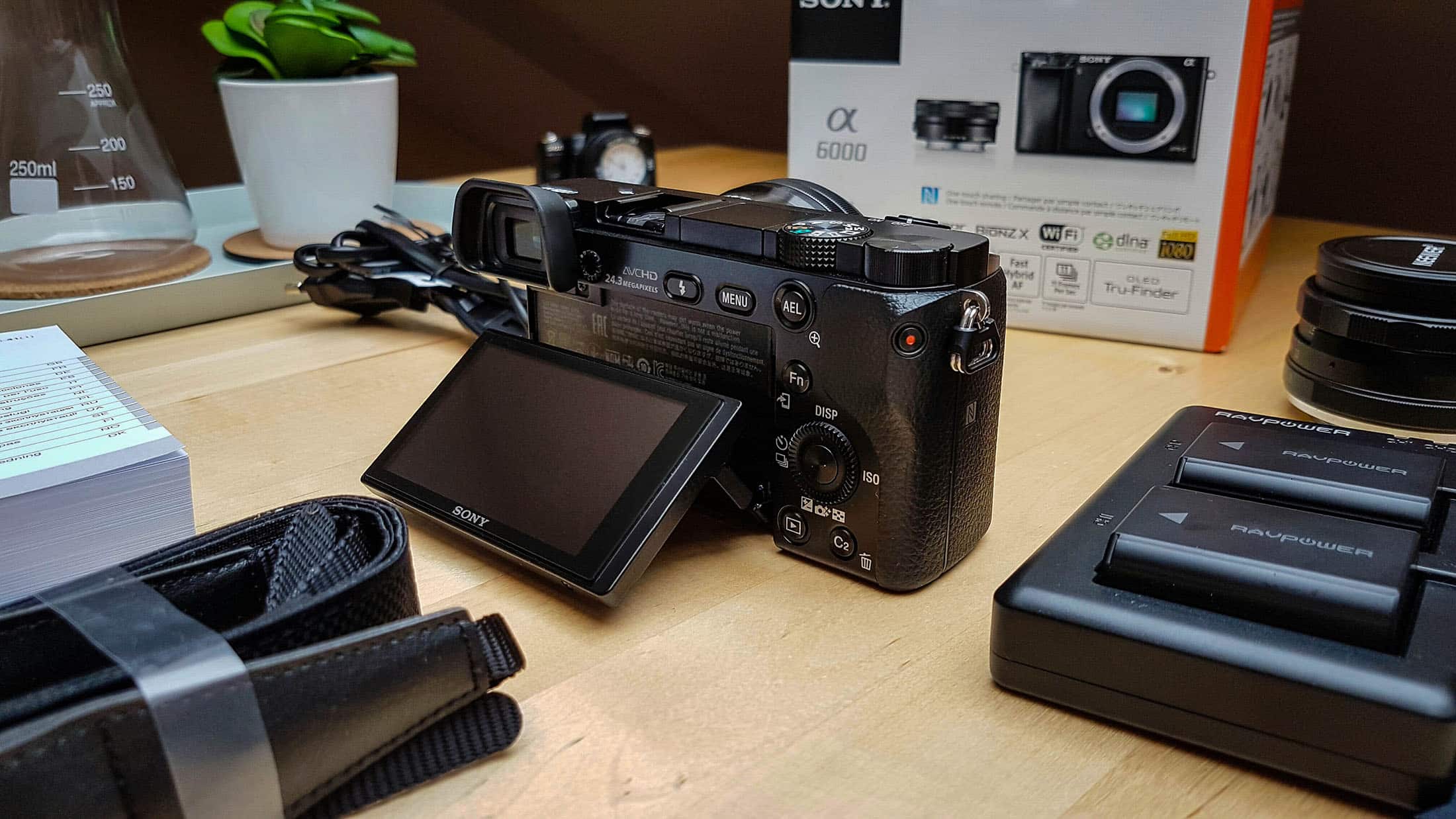 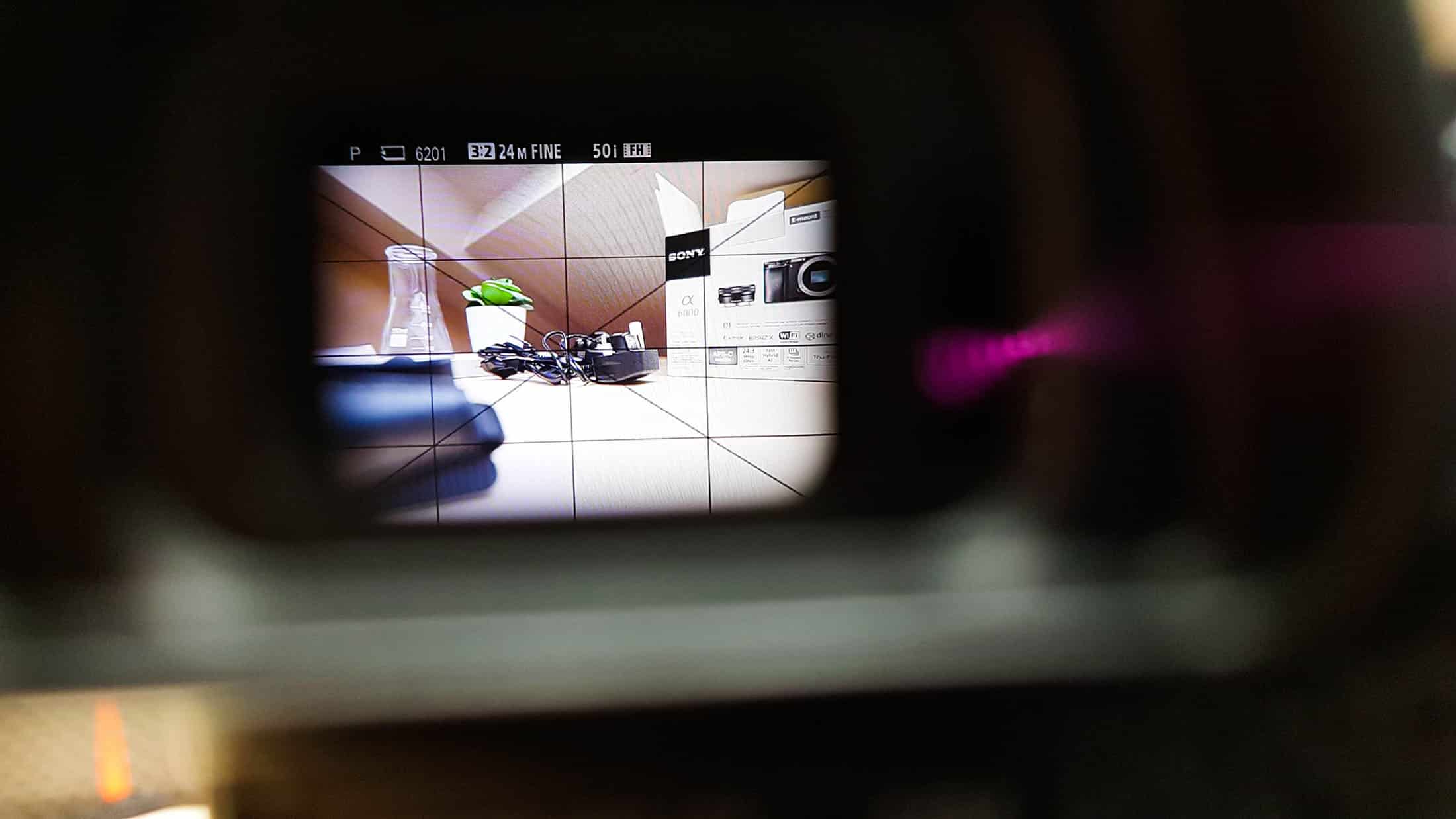 The Sony A6000 can be used in all the usual DSLR manual modes and shoots in both JPG and RAW. However, I’ve taken to using the Intelligent Auto as the photos are seriously amazing with very little effort. My old photography tutor would seriously kill me for that, but it saves so much editing! 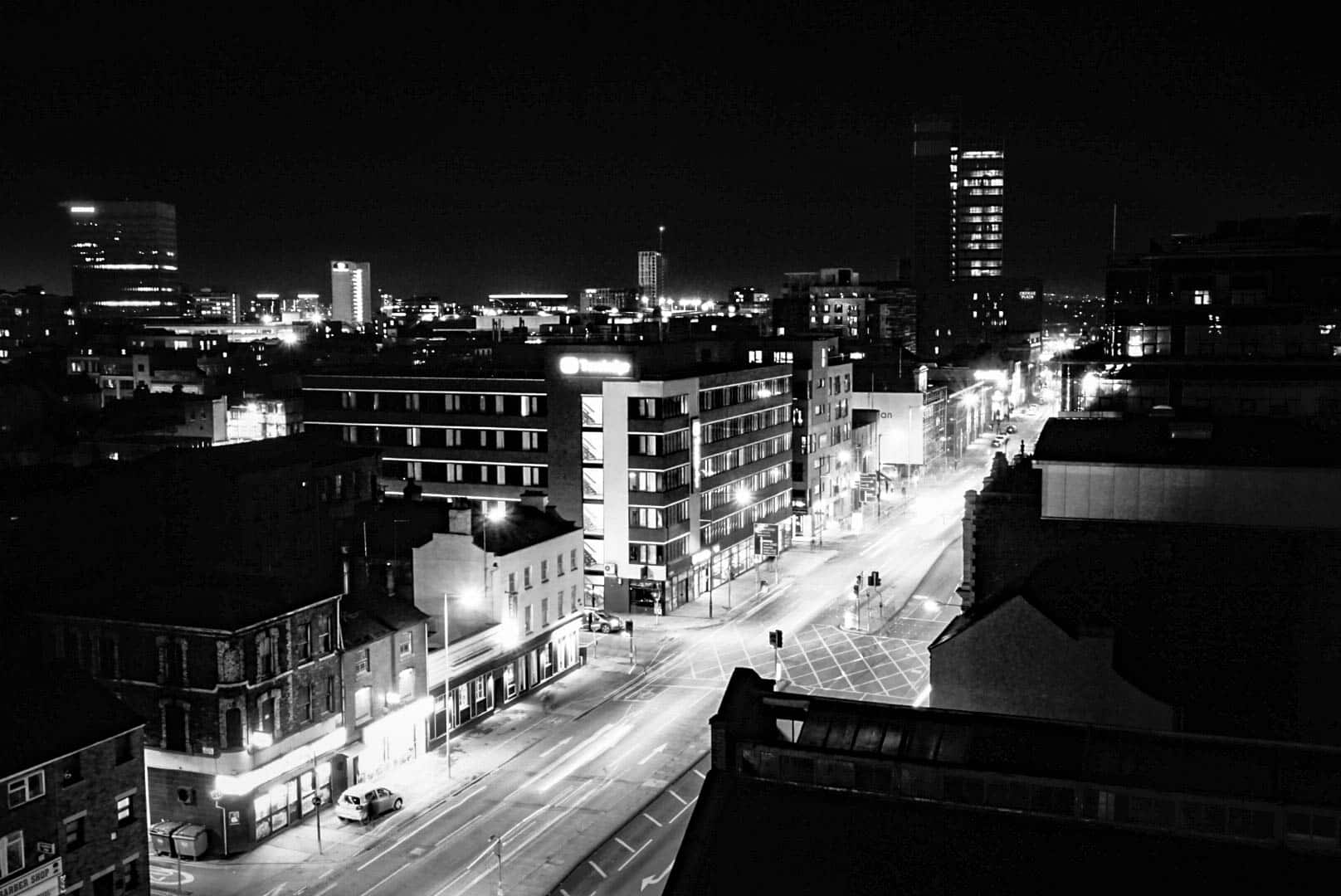 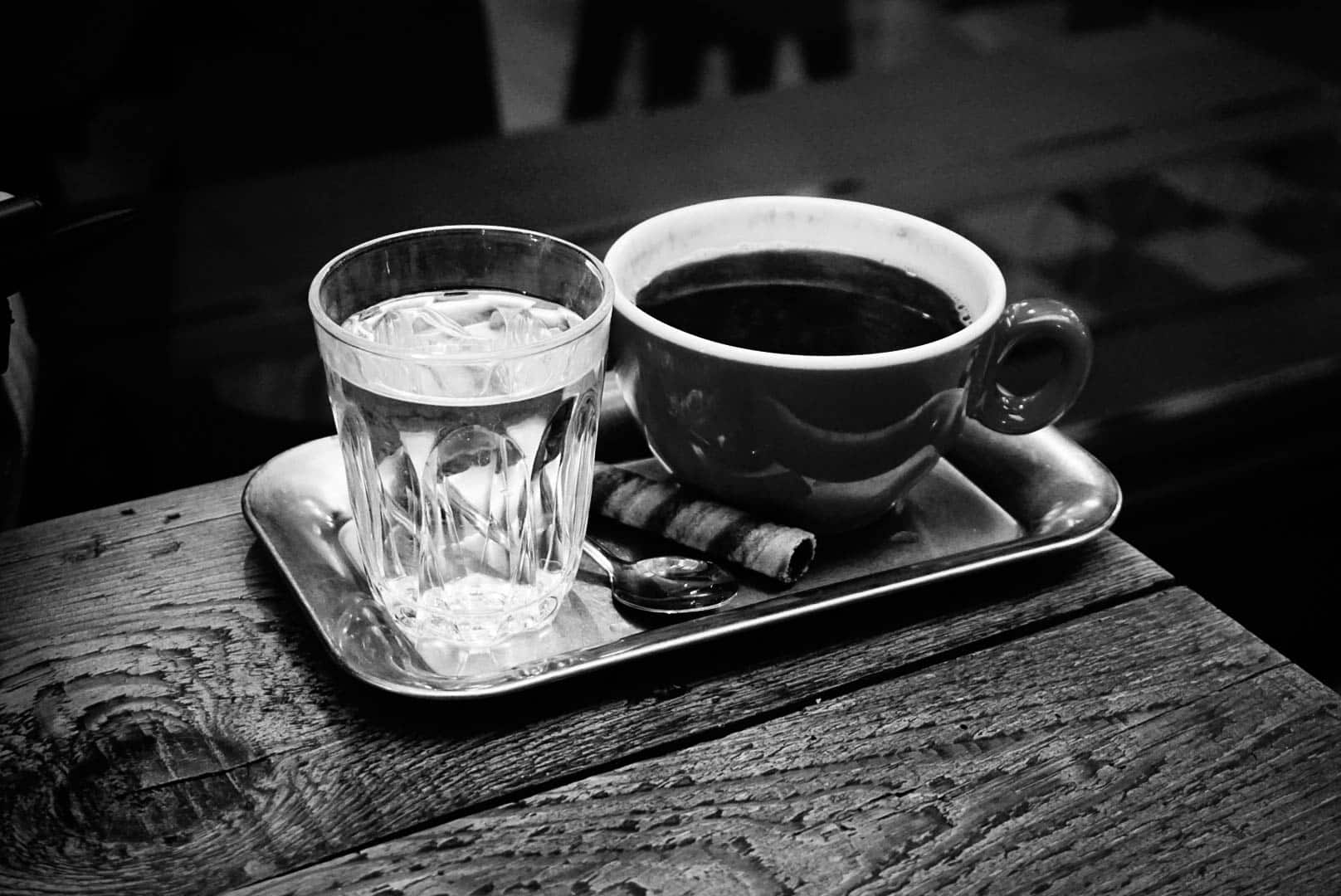 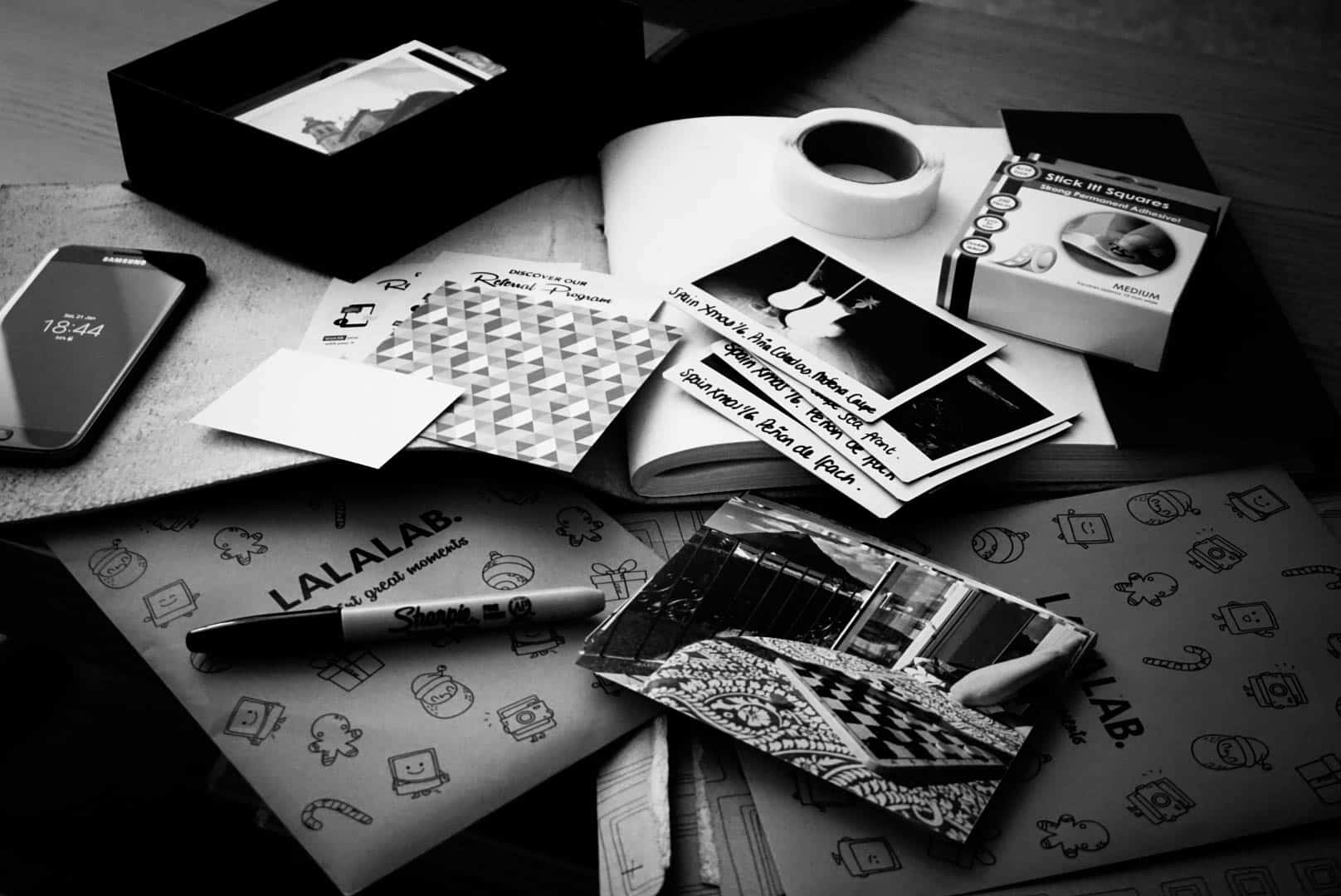 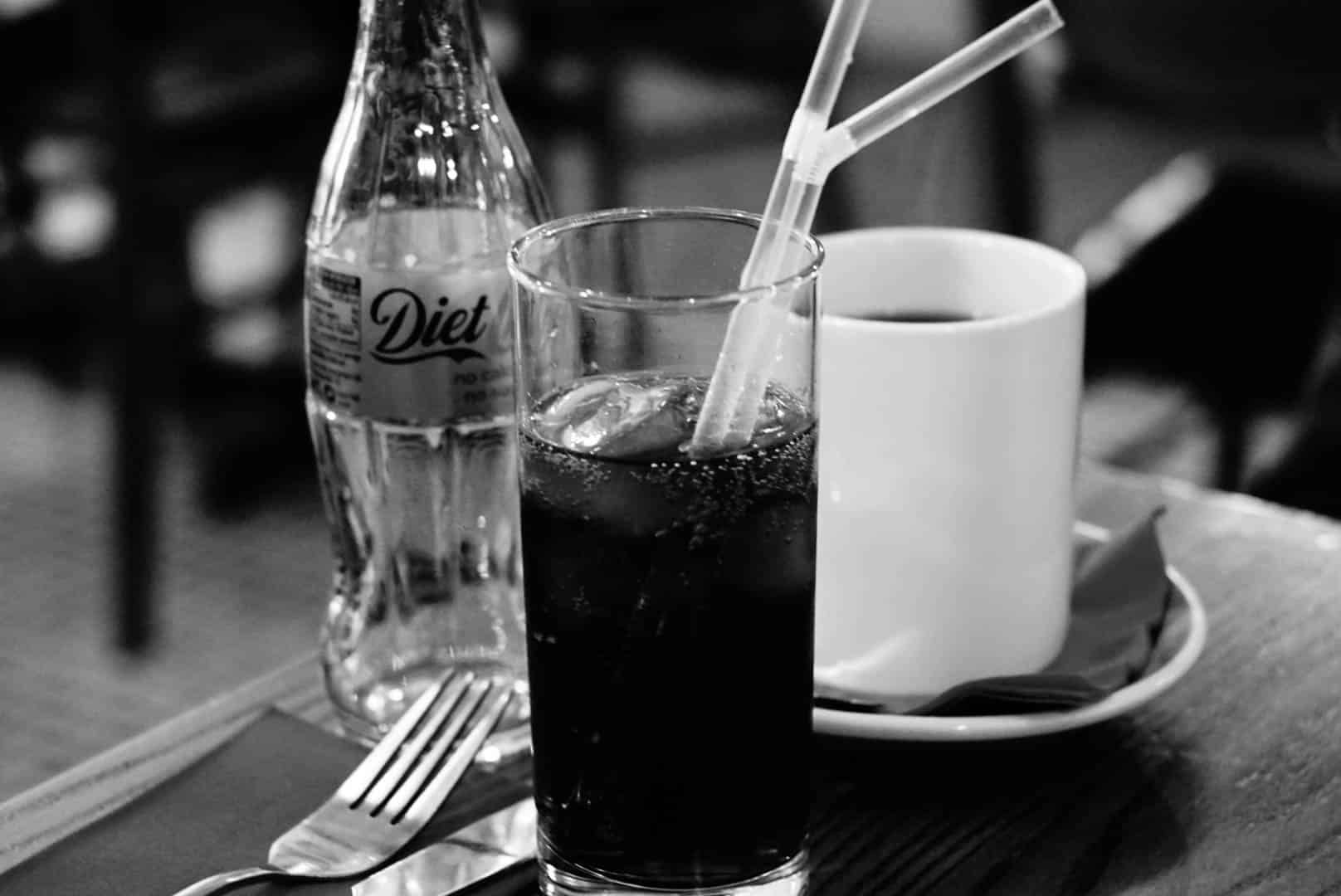 The Sony A6000 has 2 connectivity modes, NFC and WiFi. I believe the NFC, for those phones that have it, just pair the camera with your device via WiFi; there’s no actual NFC transfer unless I’m very mistaken. The A6000 can either connect to your existing WiFi network when you’re at home, or creates its own when you’re on the move.

All I have to do is go onto the camera, select a picture (or it gives you the option to transfer the whole day’s photos), open the App on my phone and the photos transfer immediately, and very quickly too. This completely destroys the WiFi ability of the Olympus E-PL7. 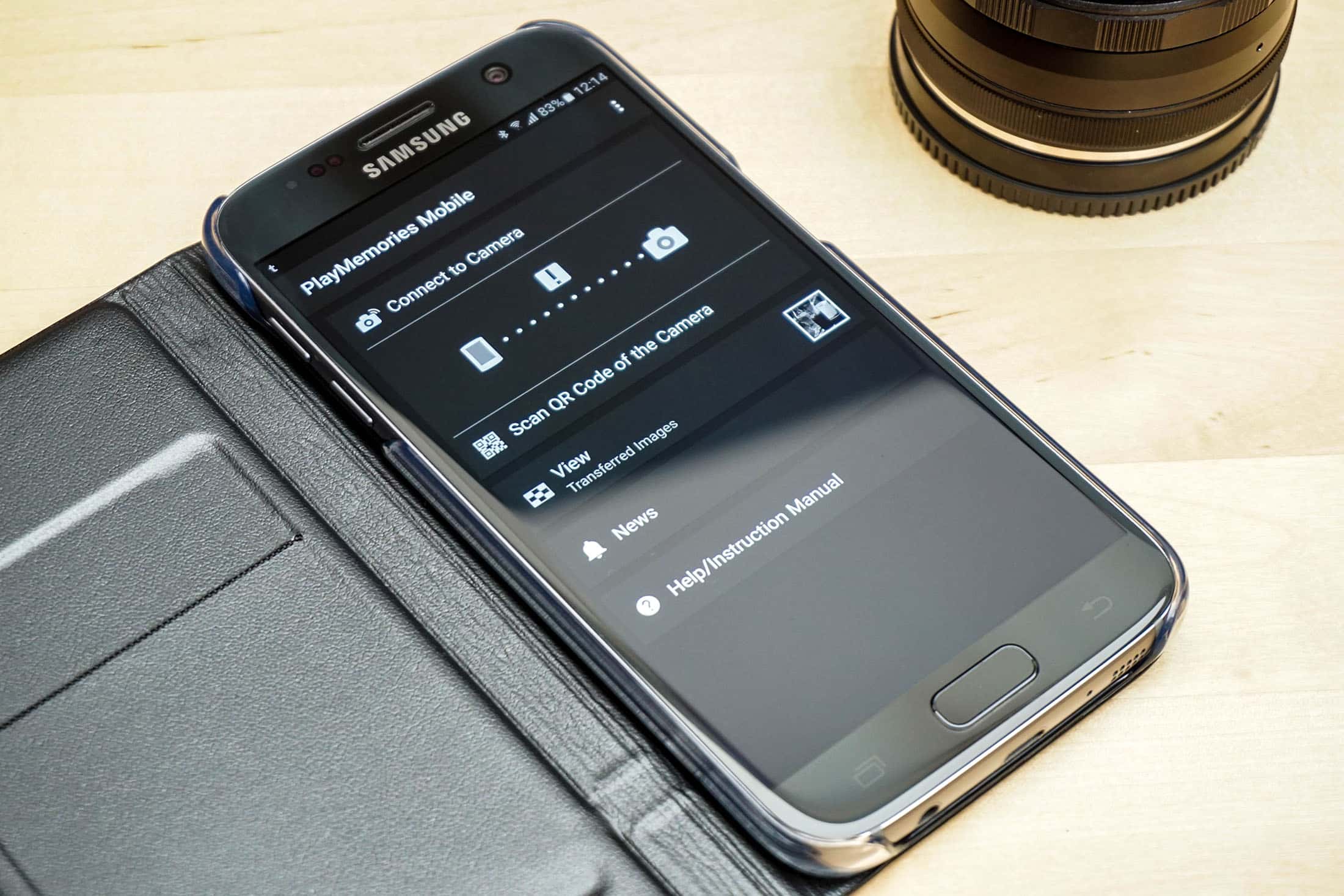 The WiFi transfer also works on computer as well, joining your WiFi network and appearing on your Mac/Windows machine as a connected camera – again the transfer speed is as fast as copying directly from SD card. You can use a MicroUSB cable if you prefer, but I doubt I ever will. 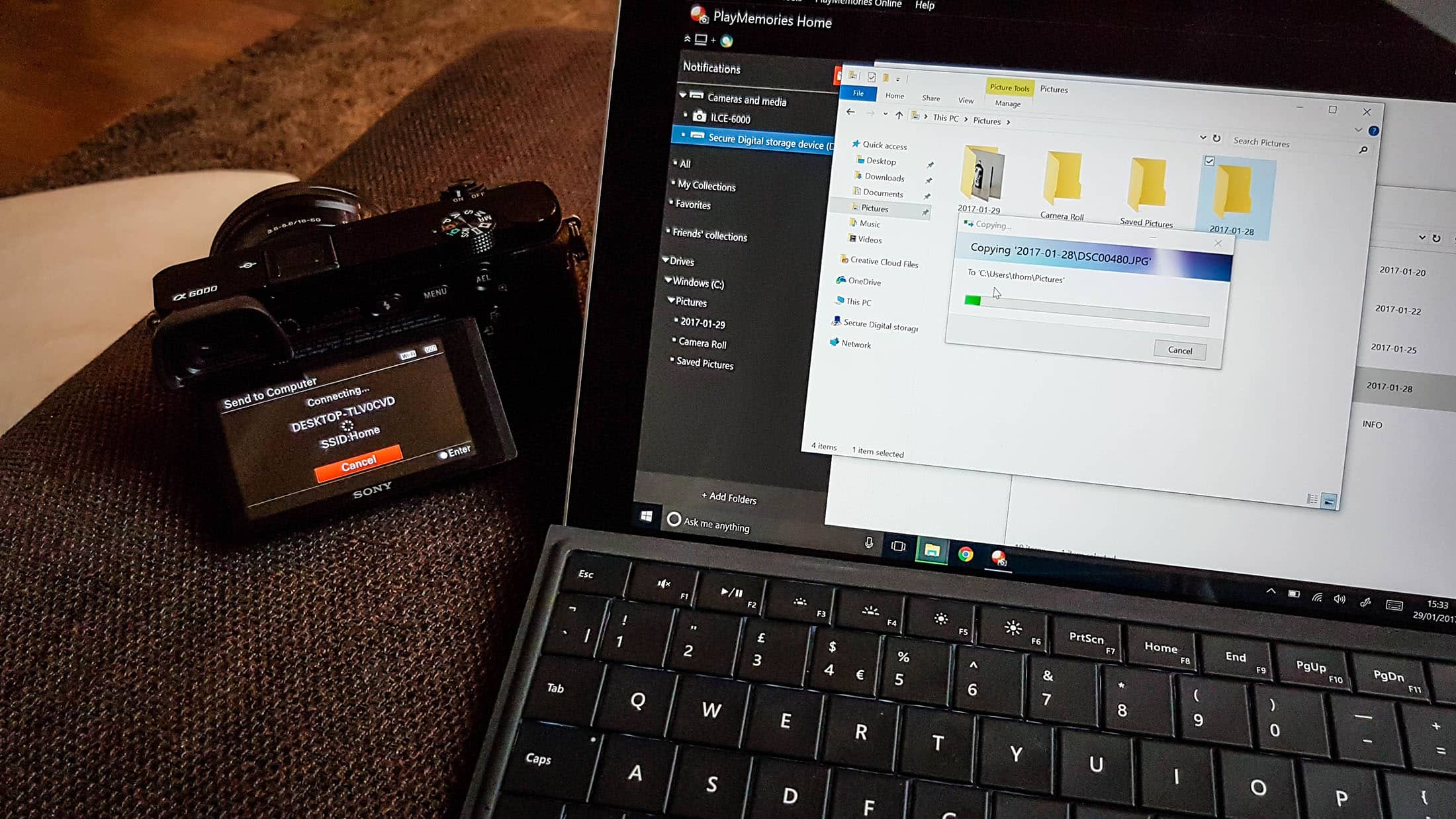 Is there anything you don’t like about the A6000?

There were only two things I wasn’t as keen on, both of which were resolved by two fairly inexpensive purchases from Amazon. The A6000 doesn’t really come with any accessories other than the lens cap and strap.

The first is that the battery is very small, making the camera light, but doesn’t last as long as most other cameras. Also as standard, the battery can only be charged by plugging in the camera, which when you’re wanting to shoot for a whole day is a bit of a nuisance.

Purchasing the RAV Power battery charger on Amazon solved that for £21.99 and even comes with two extra batteries! The batteries are also 100mah higher capacity than the original. 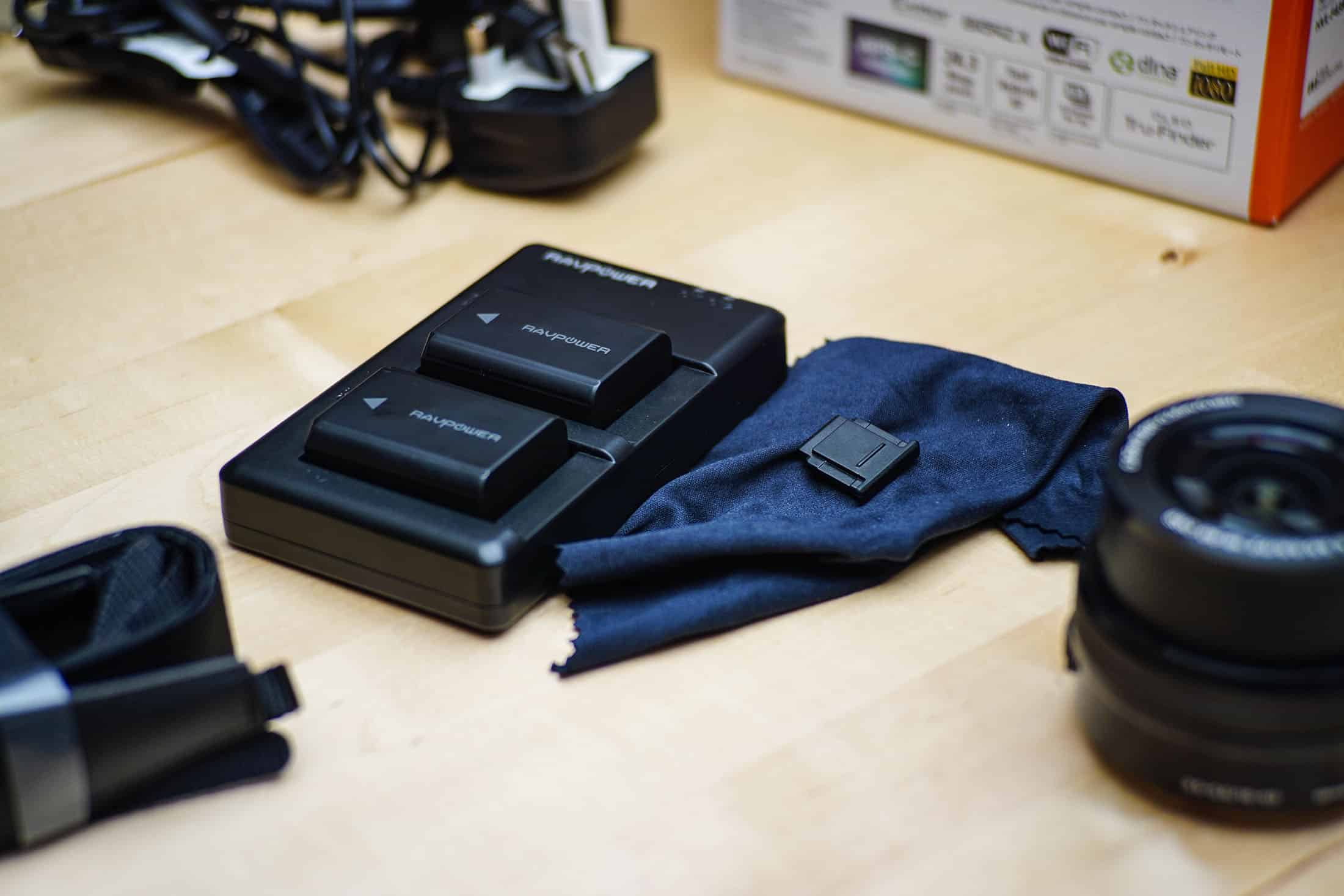 The second and really inconsequential thing is that the accessory port/hotshoe doesn’t come with a plastic cover and I don’t want to risk getting any moisture, dust or dirt in the circuits. I picked one up also on Amazon for £2.99.

The proof is in the pudding

Below are some of the photos I’ve already taken using the A6000 for the blog. I definitely recommend the Neewer wide-aperture lens I’ve mentioned as for macro/product shots, it really does make them look incredible. I’m looking forward to doing even more with it! 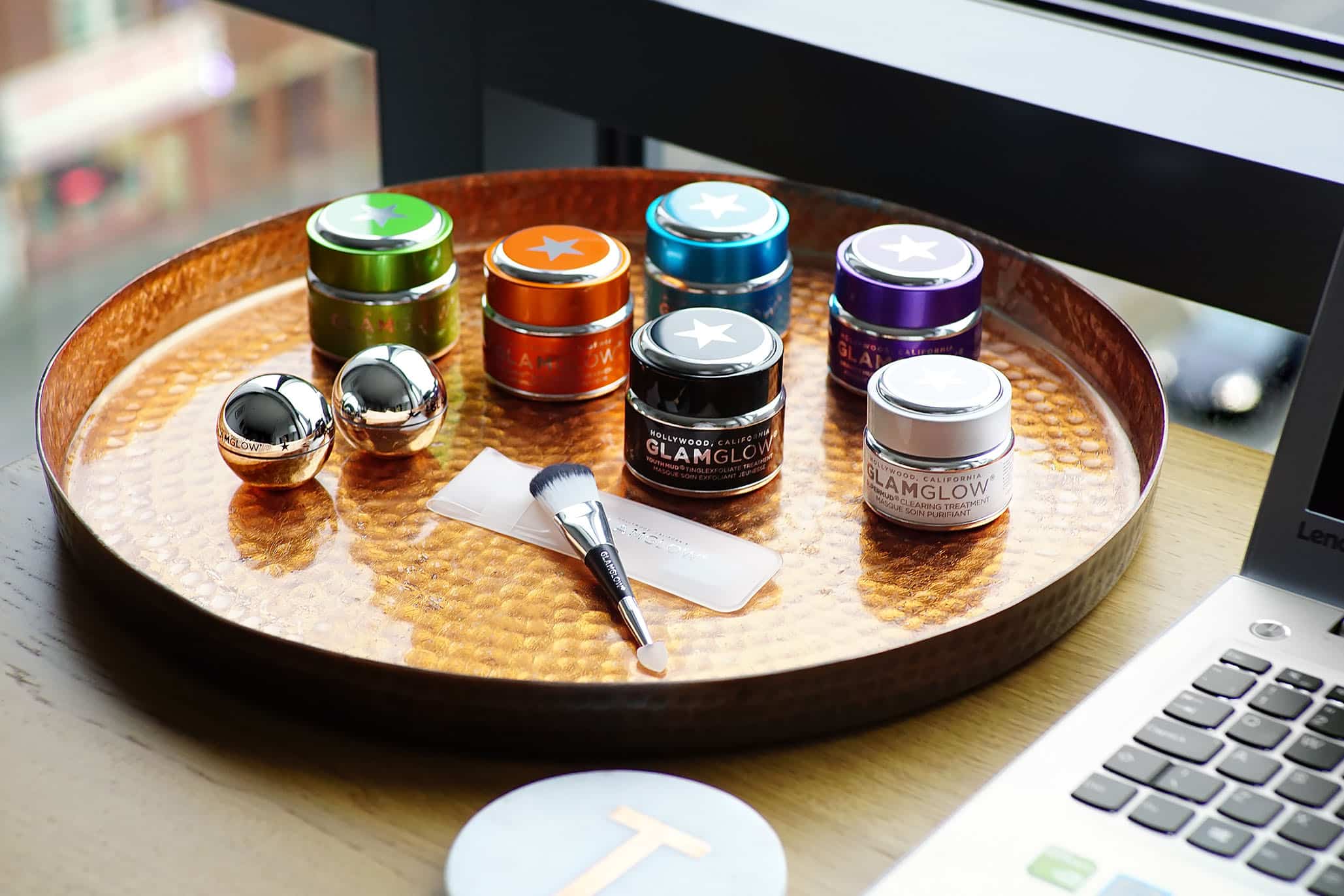 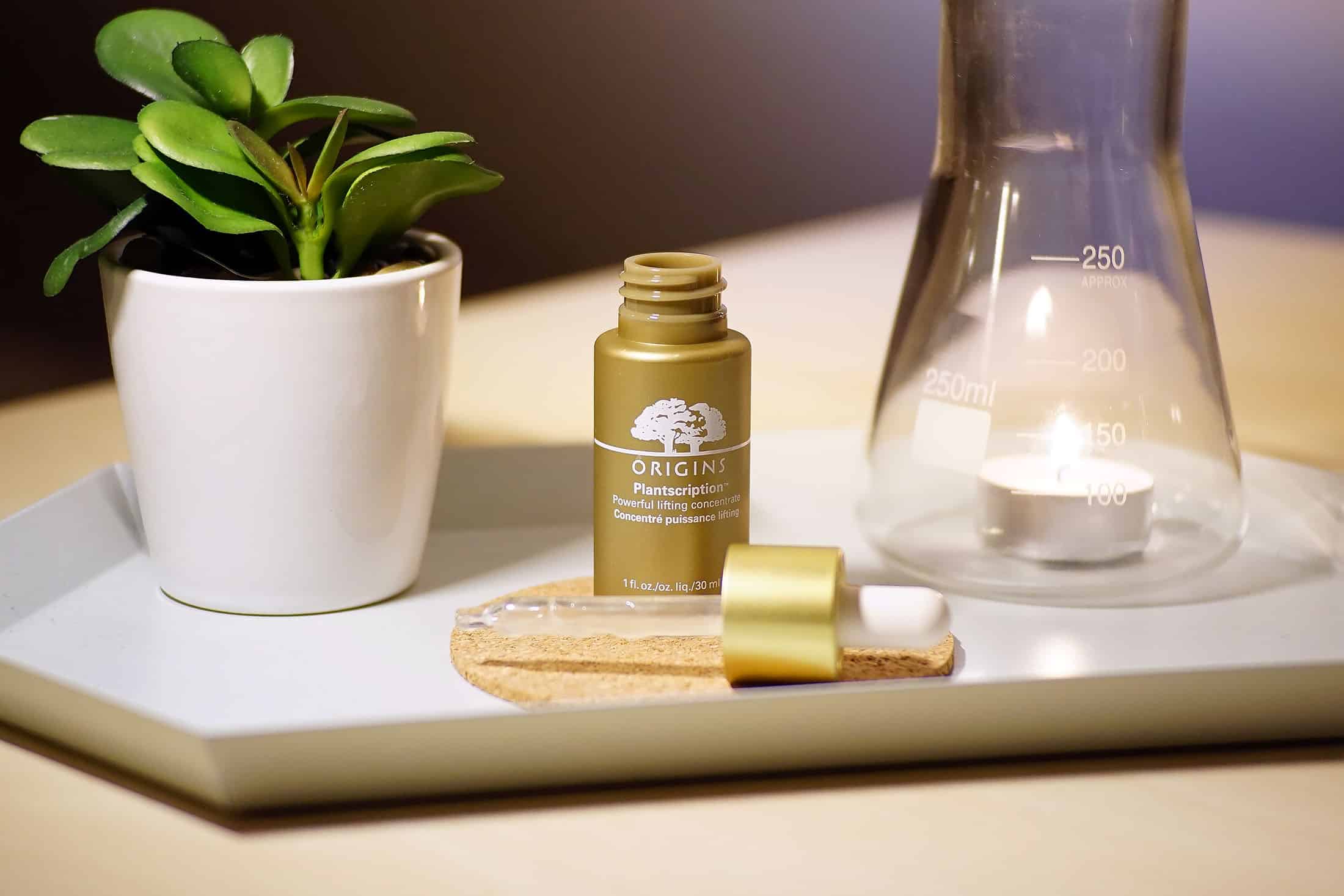 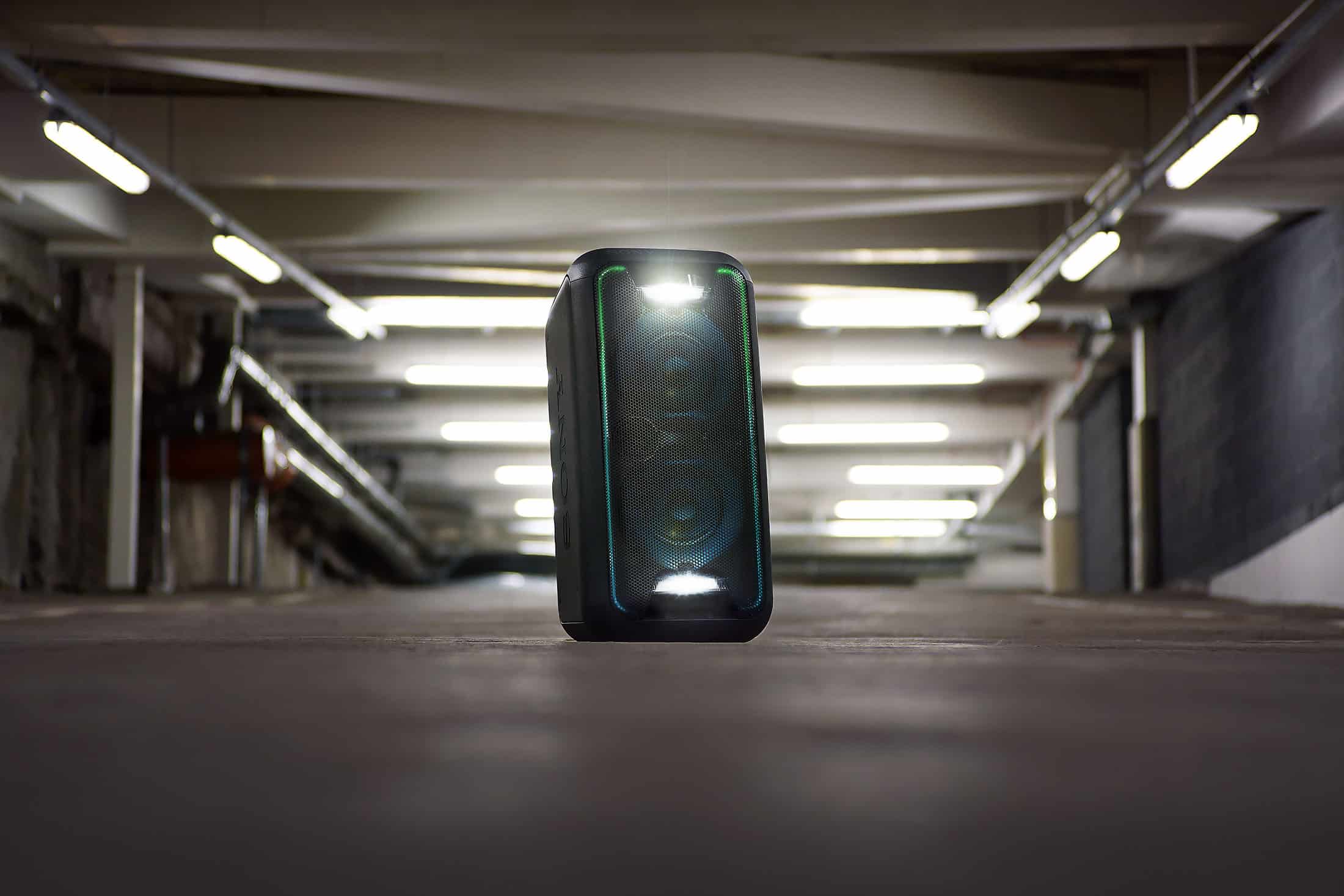 You are here: Home › Lifestyle › Editorials › Upgrading my blog photography with the Sony Alpha A6000

I honestly didn’t think about that. The video is 1080p and looks beautiful, but yeah, you’d have to get a bit clever with a mirror behind it so you could see yourself!

Well, I’m glad you’re back. After such a long period of silence I thought you’d just called it a day.

Hey Brent. So strange I was thinking about you the other day that I hadn’t heard from you in a while. Didn’t post quite as much last year but still been here blogging away! :)

Thanks for this Thom. Quick (really lame) Q, does the Olympus Pen 7 take other lenses as well? What would you recommend for detail/closeup shots?

Hey Navaz, yeah it does! Amazon has some good options and are almost always the best price for lenses. Link here.