This is my third and final post on my trip to Morocco with Sofitel at the Sofitel Essouira Mogador Golf and Spa resort and the majority period of my journey. 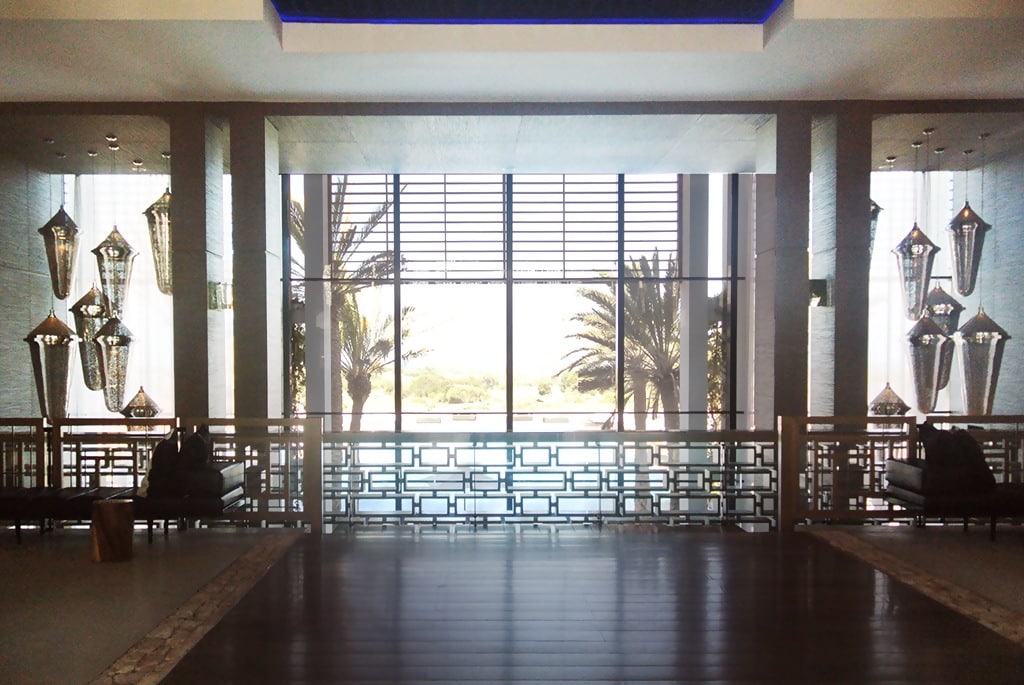 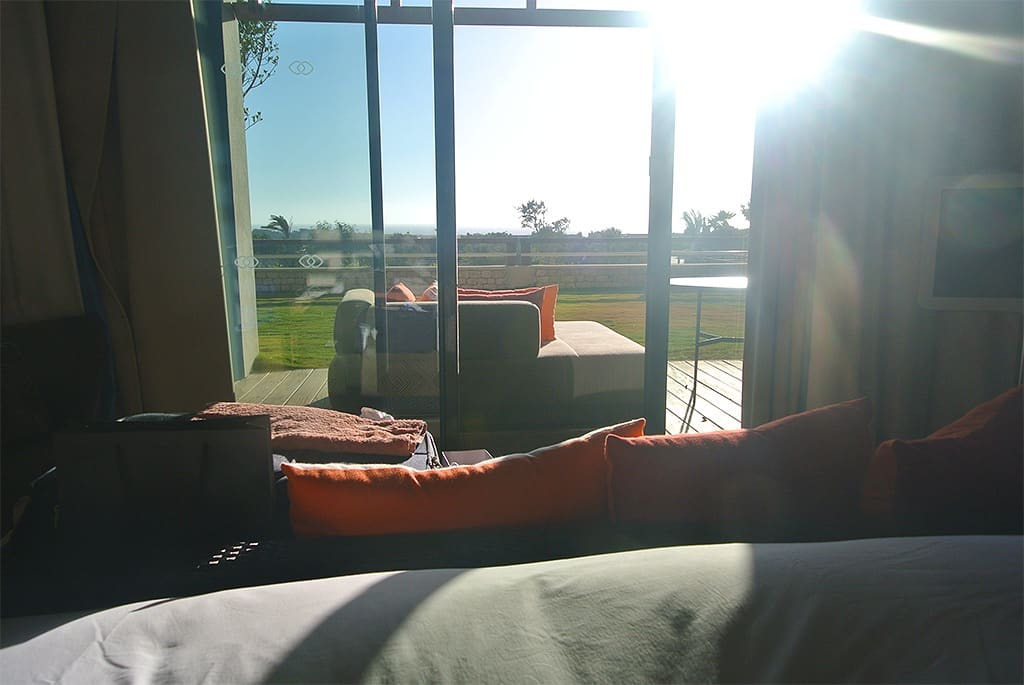 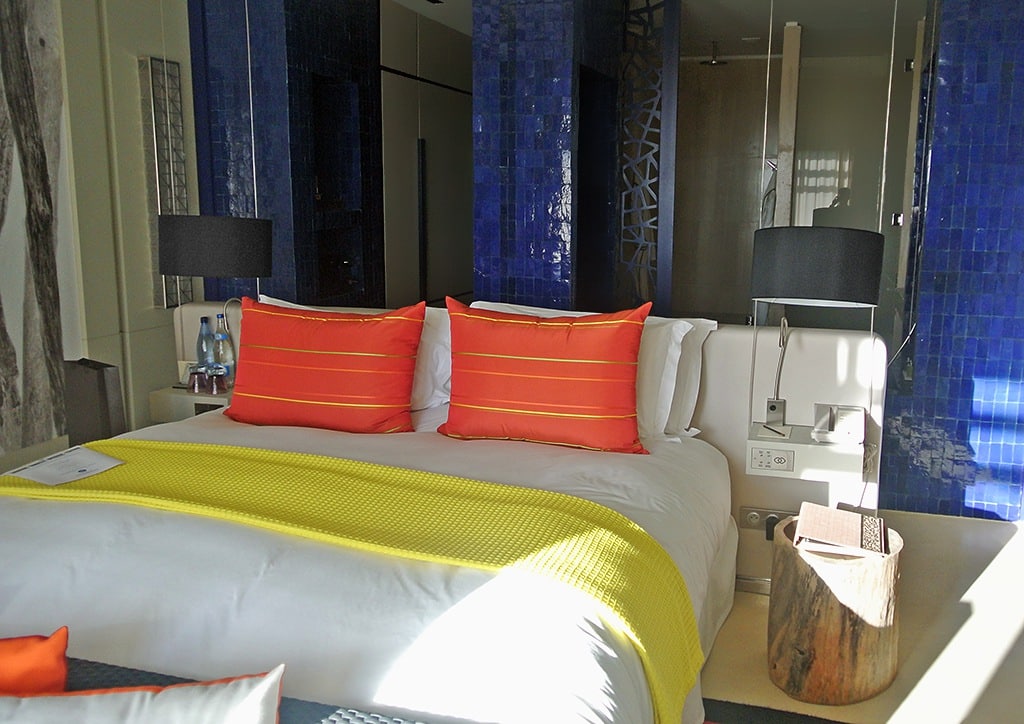 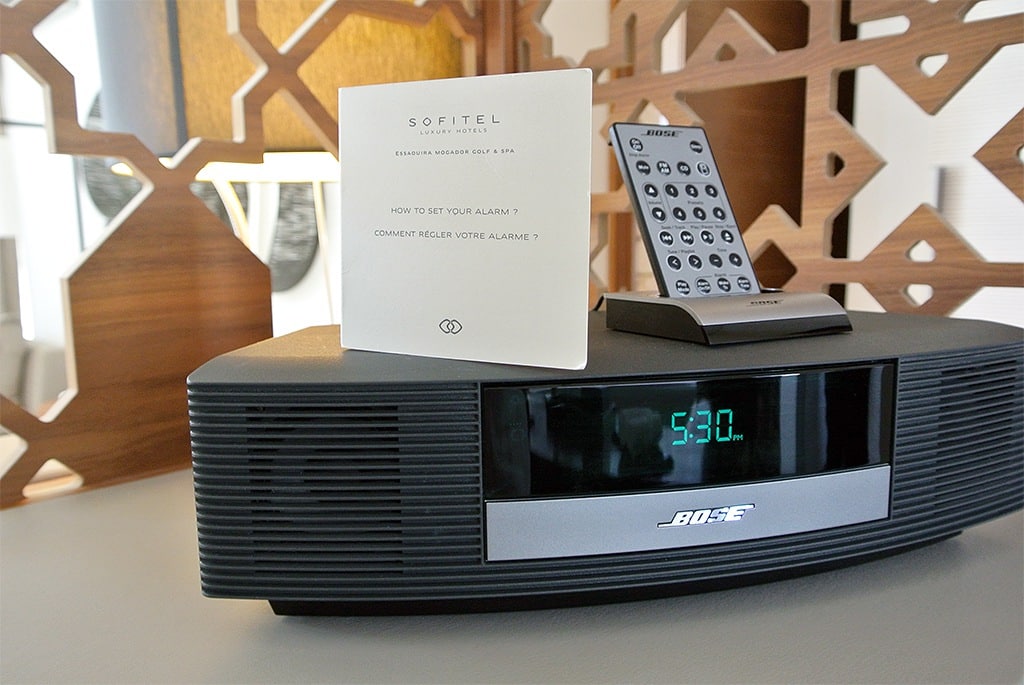 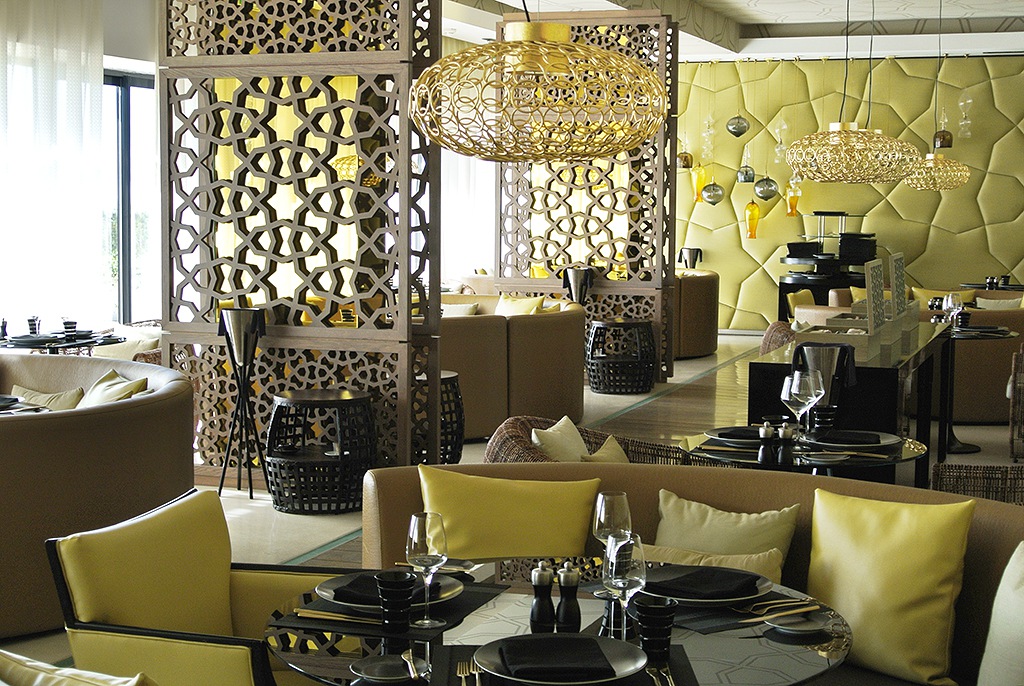 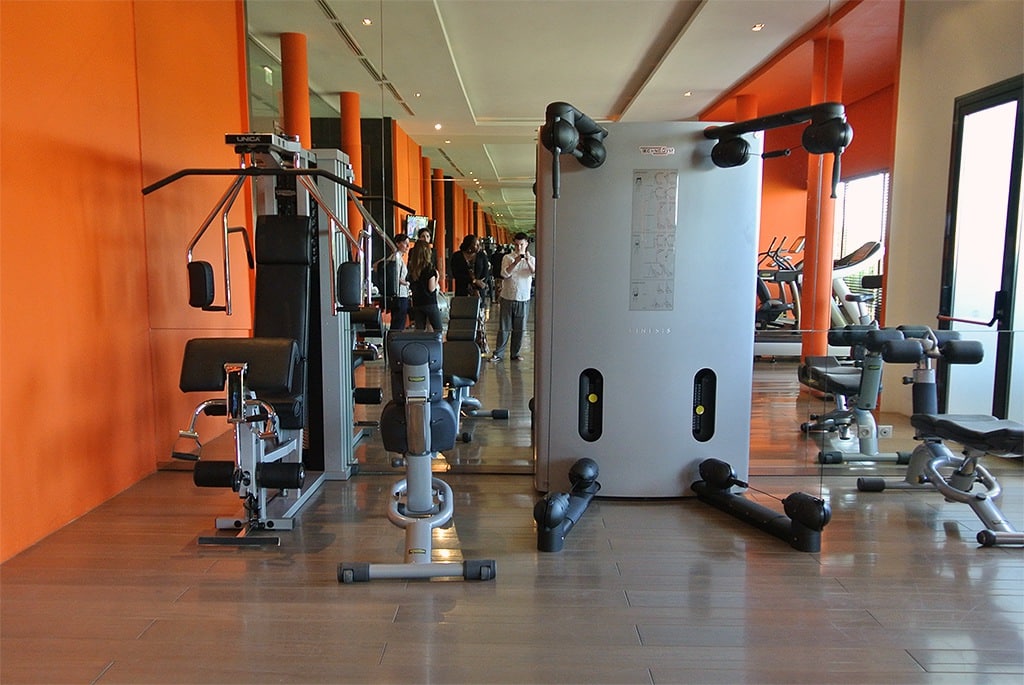 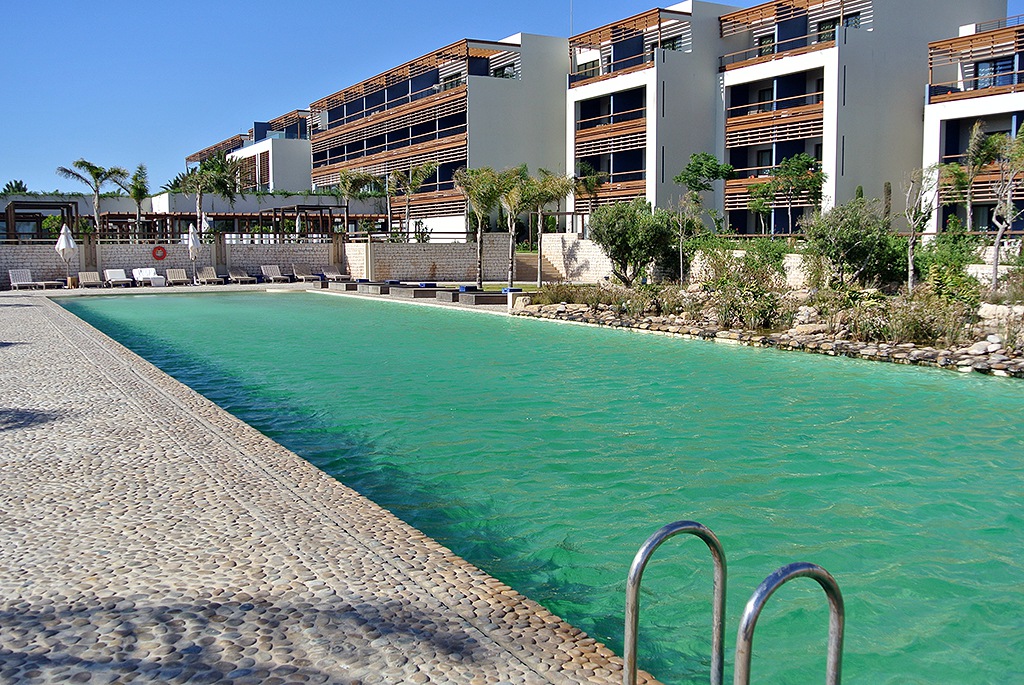 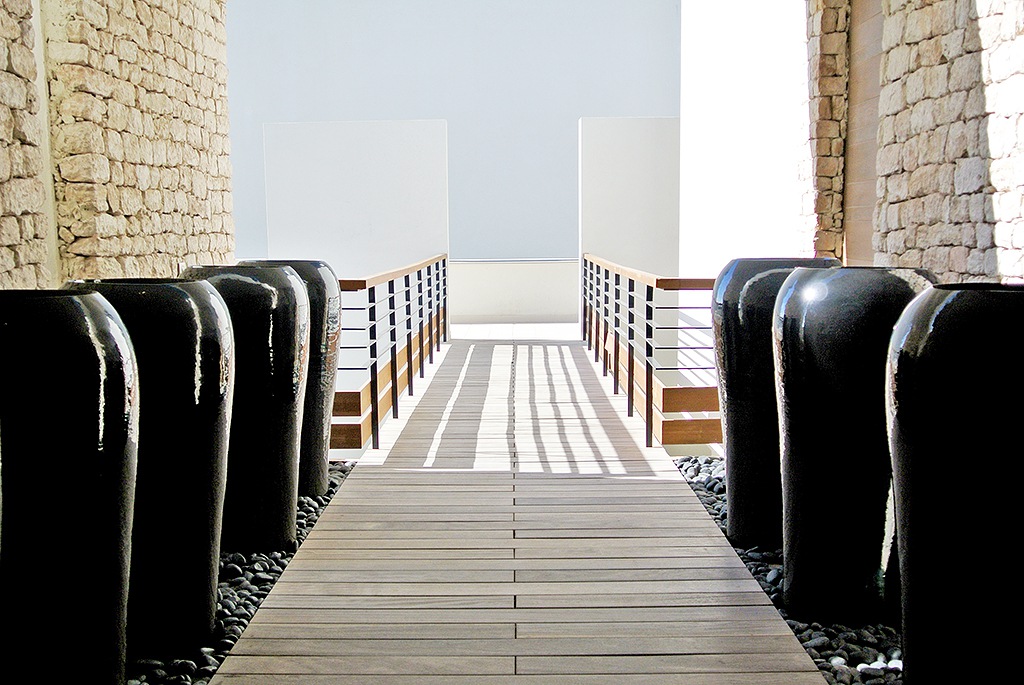 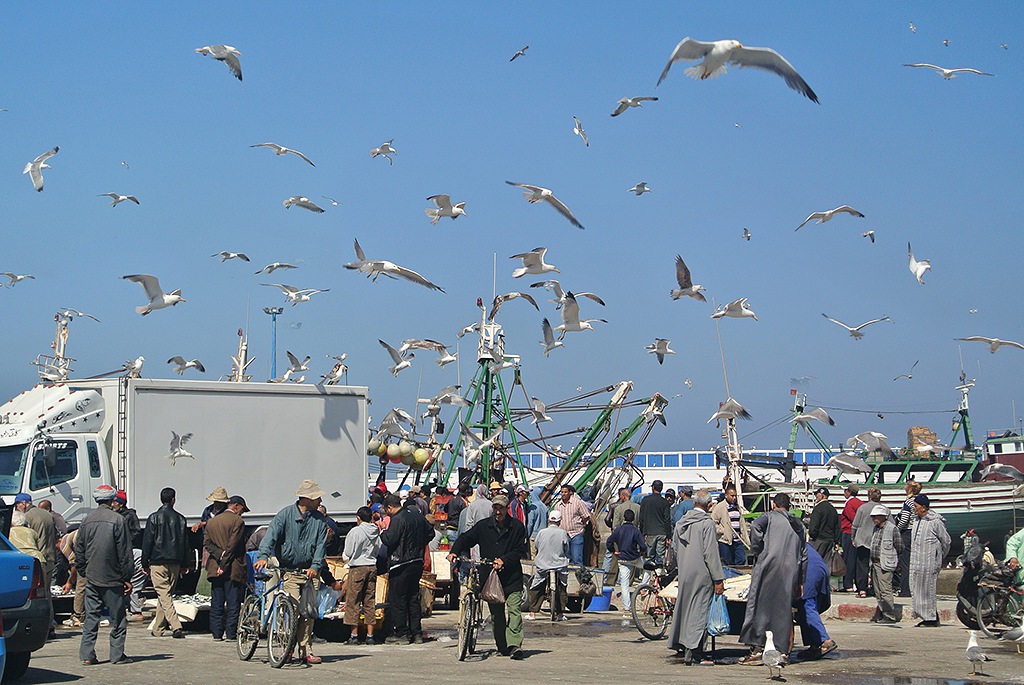 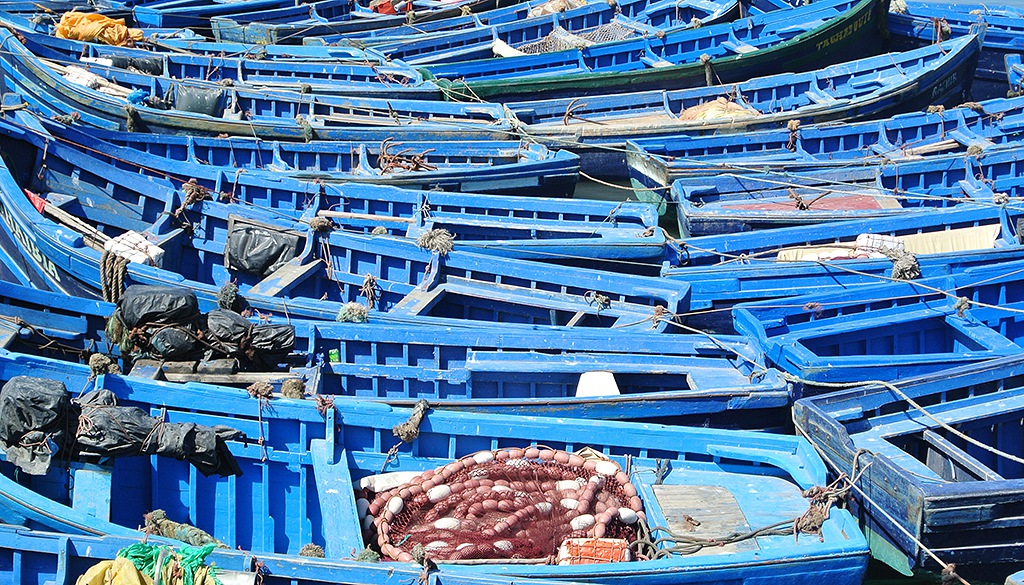 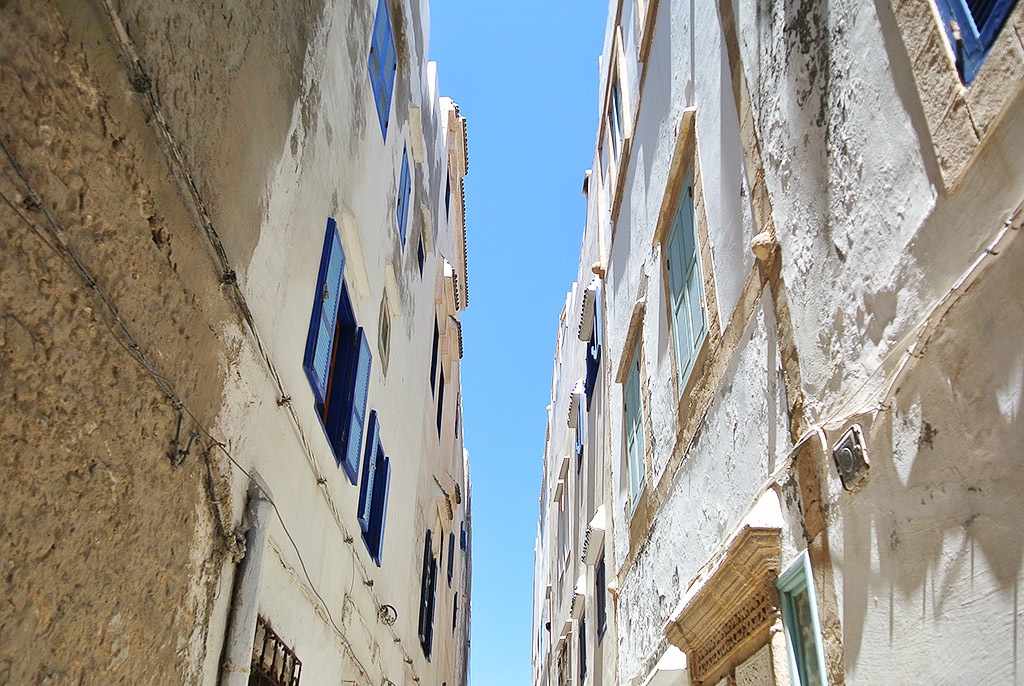 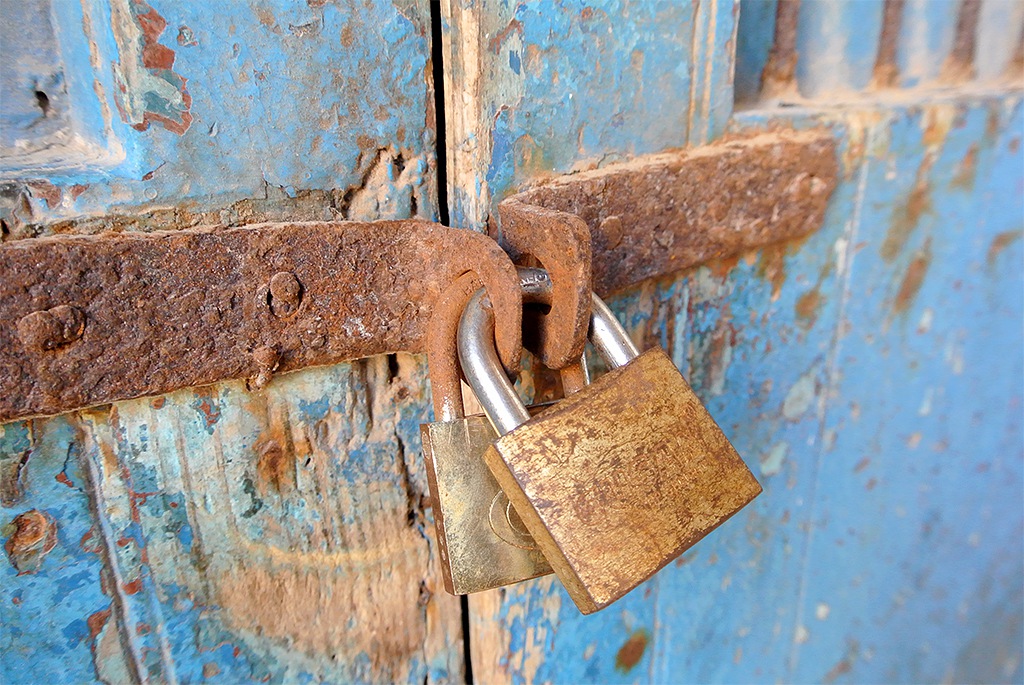 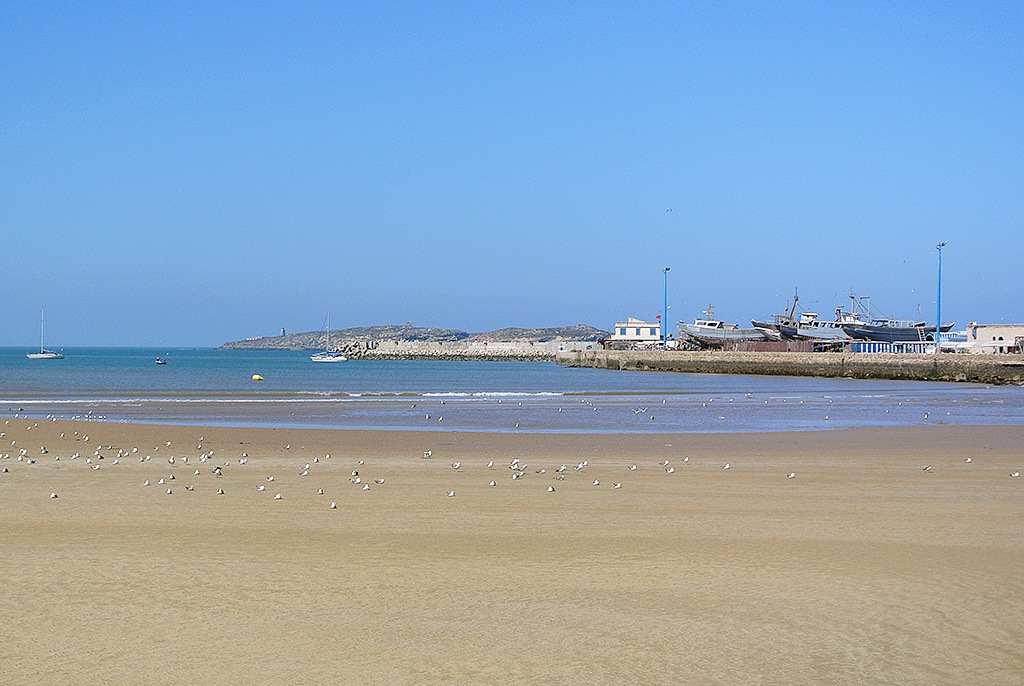 After we’d visited the hotel at Marrakech, we were transported by car, two hours south east, to Essouira, a fishing town rich in culture, history and heritage. The Sofitel Golf and Spa is around 30 minutes outside of the town in and amongst the hills. The resort is absolutely enormous, with playing fields as far as the eye can see, dotted with trees, gardens, with a group of large central buildings surrounded by the private villas and golf club house. What was nice is that it by no means scars the landscape but rather compliments it. The whole resort is truly stunning, designed by the internationally renowned Didier Gomez and the Golf course designed by none other than Golf Champion, Gary Player.

On our arrival we had a few moments to refresh ourselves in our rooms before being whisked away in Golf carts to the Gala dinner being held that evening in support of two local charities, attended by celebrities from the world of sport from Belgium, France, Morocco and Swizerland. As well as myself, Yinka from Vex in the City and Jourdana Abrahams from Beauty and the Dirt, there were 5 other french beauty and lifestyle bloggers. The evening was very special. All the food was prepared by the resident chefs and was unbelievable and I’d presumed that it was so special because of the event, but the food was this good across the board for the whole stay. Needless to say, not many nights result in me dancing to traditional moroccan music, singing along to the chorus of Shakira’s ‘Waka Waka’ played by a live band, oh, and riding a camel.

The following morning we toured Essouira with an incredibly knowledgeable guide, sharing all the wonderful heritage of the area, a favourite location of Orwell, with it’s fish port being the inspiration to Alfred Hitchcock’s ‘The Birds’. It really has to be seen to be believed.

There’s beautiful stalls and shops, all willing to barter in traditional Moroccan style, selling beautiful scarves, clothes, spices, scents and trinkets. I will make you aware that the Moroccan Dirham is a closed currency, but the hotel does have a currency exchange service with a very small service charge.

If you’re going into the market, maybe just to get some souvenirs to take back home, I’d say you don’t need more than £60-80, it’s really cheap, especially once you’ve haggled a little. Food and drink is horrendously cheap, I think a bottle of Diet Coke was about 40p, I was in heaven.

In the core of the main building there’s a stunning outdoor infinity pool, surrounded by lavish seating areas as well as a bar and a restaurant. It’s incredibly leisurely and as I wouldn’t say it’s really a place for children, it’s therefore calm, relaxing and more importantly, quiet. There are towels placed at sumptuous lounging areas around the pool with drinks available order, its dangerously relaxing.

The rooms are something to behold. I was placed in a Superior Room which was unlike anything I’d ever stayed in before. It’s more or less completely open plan. Rather than me explaining every inch of the fittings and furnishings, I shot this little video around the room to give you more of an idea, but it was lavishly comfortable to say the least, oh and there’s fairly high speed free WiFi throughout the entire complex.

You also have a beautiful terrace outside your front-facing French windows, that overlook the gardens and course. At night, there are two large acrylic cubes that provide gorgeous ambient light for you to site out with and enjoy a drink whilst sprawled over the sofas.

The bath was my favourite element to the room, it’s enormous, covered in tiles of a bright Moroccan blue. On my first night after travelling and touring all day, I poured half a travel bottle of L’Occitane Bath and Shower Gel in the bottom and filled it right up. It was stunning. There’s a Bose system right next to the bed with an iPhone dock, so I plugged in Enya and relaxed away. The plug and tap set are in the middle, so if you’re after sharing a bath on a romantic getaway then you’re in luck. If you’re not a bath person, then there’s a large railhead shower with a handheld shower to the side, all open plan. If you want more privacy in your room, there are various sliders, doors and blinds, but as it was just me, I kept it all as it was.

Breakfast was served every morning with a whole variety of tasty treats on offer but my favourite time and place to eat was in the evening at the restaurant located to the right side of the pool. Delicious wine, a stunning array of courses to chose from and served by the most attentive serving staff. I think I mentioned in a previous post but the staff are unbelievable and no one can do enough for you here. As well as the restaurant, there’s a bar in the lobby, a bar to the left of the pool and then a wine lounge to the right of the lobby.

So the Spa, or SoSpa as it’s called, is a massive part of the Sofitel concept of ‘So’ luxury. I actually found out that Sofitel is a loose amalgamation of the words So, Magnifique and Hotel, all intricate to the concept they’ve So successfully created. Well. The Spa is in a separate building, adjoined by a stairwell, you are welcomed on a wooden walkway lined with beautiful terracotta pots. Once inside, you are on an upper floor surrounding a large open spiral staircase that takes you down to the lower level. There is a beautiful changing area with private cubicles that open into a beautiful seating area, table and large floor length mirror and is beautifully lit.

I’d chosen the Hammam spa treatment as when in Rome. Once changed, I was escorted downstairs and asked to sit in a waiting area, again, beautiful lighting, lavish furnishings and a water feature that ran down slate tiles from the ceiling to the floor providing a gentle and relaxing ambiance. Once my therapist was ready, I was lead through to the shower just outside of the steam room. The shower room was luxuriously spacious, clad with more black slate with one single hand held shower unit. Once cleansed, I went through and sat in the steam room. I believe that the steam room has been designed to hold more than one as it was very spacious but at the time, I was the only person in there. It was just the right temperature, hot, but not unbearable and allows you to sweat out toxins and open up your pores, loosening all those dead skin cells before your treatment.

After ten minutes, the therapist knocked on and informed m it was time go through for my treatment. With my skin softened and prepared, I followed her through to another stunningly lit, slate clad room with a large, high, slate tiled bench, reminiscent of some sort of sacrificial table from the Aztecs. It was beautiful. She began my treatment by scrubbing me from head to toe with a bamboo mitt. Then once finished, you are massaged and bathed with oils, and your hair and scalp is cleansed and massaged. This whole process lasts for around 30 minutes. When she had finished, she poured a mixture of beautifully fragranced oils into a small wooden bowl, filled it with cool water, and then poured it all over. This reacclimatises your body, closing your pores back up and leaves your skin gently fragranced with scents of blossoms and rose. I left the Spa in a trance that it took me a while to snap back out of, I could hardly talk and my head was completely free of thought, you completely shut off. After you’ve had your treatment, you’re free to enjoy the fresh-water pools and jacuzzis.

I will say, if you or the person you’re with isn’t a spa fiend but wants to chill out but maybe pump some iron, there’s a full Technogym equipped gym in the same building. Then there’s the golf course. Now, I won’t pretend to know anything about golf or even sport in general, but we were let loose on a little driving practice after being highly embarrassed on the course by some amazing children from the local community who are invited to the hotel and given 10 hours training a week, linked by a local children’s charity. The grass looks like astroturf, it’s completely flawless but after enquiring, I was told that it was special grass that didn’t require much water, but it made playing much easier (I’m assuming it did, but it was very pretty by any account). The course is huge and connected by long, winding tree and garden lined paths and serviced by a whole armada of golf cars.

One thing to mention, the climate, which for mid-June was very hot, but bearable, however the rooms come with unbelievable powerful and fully adjustable air-conditioning systems, which for someone who is constantly hot, is an absolute life saver. I’d got a bit carried away on my first night, setting it far too low, and actually woke up in the middle of the night freezing!

In all, this is a beautiful place where you can escape everything and everyone, immersing yourself in luxury. You might be with me on this when I say I find it very hard to relax, a mind that never sleeps, even when my body wants to, but I left here genuinely tranquil and more peaceful.

The room I stayed in at this very moment, which bearing in mind it’s high season, starts from £248.90 per night, or £254.09 including breafast which I’d highly recommend. Below is a photo of some of us from the trip, Yinka and Jourdana are sat just behind me. N.B. All of the photos apart from the first have been taken by me, if you want to use them for anything, please let me know or at least credit and link me. They took hours!