The fragrance, which is so unscrupulously bland, nauseating and generic in line with that sort of invictus-y dreck that seems to be swarming the market of the last few years; it’s a fragrance with no real care, passion or love going into it, rather than just ticking marketing boxes whilst a lifelong perfumer likely sits at home over a bottle of wine screaming “What have I done!? What have I become!?”

This thing, which is on international sale, comes in a bottle shaped like a revolver barrel loaded with bullets. Where do I start? UCLA campus shootings a few weeks ago; the X-Factor contestant shot after her gig yesterday and the gay club held hostage just last night, during pride, where 20 people were shot dead. 2,996 people were killed as a result of the 9/11 attacks but year to date in the US, 5,894 people have been killed through gun crime. Even the gun crime in the UK, which is tiny in comparison, has increased over the years. 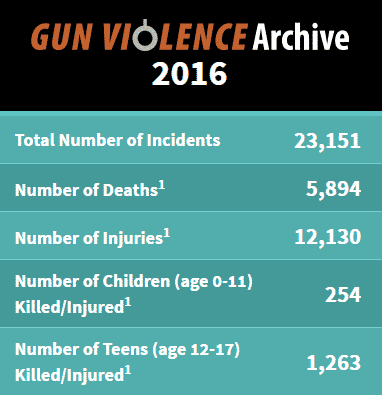 So firstly I thought, OK, maybe this is just bad timing and an accident on Azzaro’s part – benefit of the doubt and all? But the more I’ve thought about it, the more angry and wound up I’ve become. The fact this blindingly distasteful, and kind of sick if you think about it, mistake has been made is completely endemic of the male grooming sector of which I am becoming more and more disenfranchised – the whole thing is a joke.

LC:M starts this week, an event I attended during the first few years with FUDGE Hair and had a terrific time because it was very new and very raw. I now have nothing to do with it as it has become a whoring opportunity for male-grooming brands to latch onto upcoming designers and spend stupid amounts of money in order to turnover product – throwing thousands at bloggers and press in terms of free samples and booze to get positive write ups and social media coverage whilst they dally around feeling fabulous snorting anything they can get their noses on (witnessed this first hand – even I was shocked).

LAB is a big player and sponsor of LC:M this year with skincare that is so devoid of ingenuity and loaded with enough fragrance to mask a brothel, that it has to spend huge whopping chunks of budget to get a look in – and you know something, I’m certain it will pay off.*

Azzaro is not a cause, but a symptom of blind intentional ignorance and lack of care when it comes to masstige male grooming products (so above Slazenger sport but below Creed). There are so many good fragrances out there where instead of buying 3 bottles of shite, you could get 1 bottle of something truly, truly gorgeous that no one has ever heard of – or simply research and find what you like rather than be lead by beards, booze, guns, fashion shows and marketing campaigns. You will be amazed at what lies beyond the shelves of your local department store, something that I am coming to realise all the time.

I’m certain I’ll be held to ransom (at gun point?) by some brands and PRs for writing this, but I honestly don’t care – I’m throwing the dummy out the pram and the baby with the bathwater – enough, E-nough. I will continue to work with brands I believe to show care and thought for us, their customers, even if they don’t get it right all the time, the effort and attention to detail is there.

*As a disclaimer, there are 3 products I like in the LAB collection and have reviewed, but you won’t find much else!

UPDATE
Within an hour of this article going live:

@manfaceUK I thought it was something Versace when I first seen it. Then realised it was the Gun shape! How vulgar. Vulgar with a capital V

@BigFashionista @manfaceUK such bullshit. Fuck this macho garbage. I want the moschino spray bottle of windowlene.

@BigFashionista @manfaceUK We should make a slogan: Perfume is cool. Guns are not. Please don’t make perfume bottles that look like guns.

@manfaceUK sickening is what this is.

@manfaceUK couldn’t agree more! You’ve put it exactly how it should be

@manfaceUK well put, Tom. I certainly hope the brands/PRs see this as the wake up call they need as they are clearly usurping consumers…

They should recall it. Guns aren’t glamorous or sexy. RT @manfaceUK: A NEW fragrance shaped like a … https://t.co/I4oz2acciB

Oh FFS! Who on earth thought this was a good idea?! Thom’s blog is well worth reading. https://t.co/qvRx4fx7xt

Craziness. RT @manfaceUK: A NEW fragrance shaped like a gun is all kinds of wrong and unacceptable. … https://t.co/kGjpPCJ0aV

Yes. This. Read this. https://t.co/meGm1nPKdC

You are here: Home › Lifestyle › Editorials › Why I’m over the Male-Grooming Industry’s Bullshit

Great article Thom :)
I hate how they define gender tbh. I’m sure i read a while back that quite often male and female products are sometimes the exact same just packaged and fragranced differently. i noticed this with a Liz Earle product once. Not sure of which one and I’m sure it was cheaper for the male xD <3

Oh, I think that was the cleanse and polish? I am a strong believe in universal skincare and products. Yes there are subtle differences needed but not to the extent we’re made to believe. Such a shame. Thanks for your comment Daniel!

Thanks Andii. I could almost forgive the hyper-masculine imagery used if there was even an iota of care that goes into the garbage products that seem to be emanating from the industry!