Crème de la Mer and the Blue Marine Foundation (BLUE) will celebrate World Oceans Day on June 8th 2013 with a stunning short film featuring Blue Marine Foundation ambassador, Yasmin Le Bon encouraging us to remember the ocean. The video launches online on the 1st June but I’ll hopefully have it here on Manface before then.

Created in 1992 and made official by the United Nations in 2009, World Oceans Day takes place annually on 8th June. It serves as a time to recognise the importance of the sea as a vital ecosystem and to take action to preserve its delicate habitats and wildlife.

BLUE’s important work in Britain, projects as diverse as community based initiatives in Fair Isle in northern Scotland to their online guide Fish2Fork, that rates restaurants throughout the UK on the quality and sustainability of their seafood, will be supported by a grant from Crème de la Mer UK & Ireland. 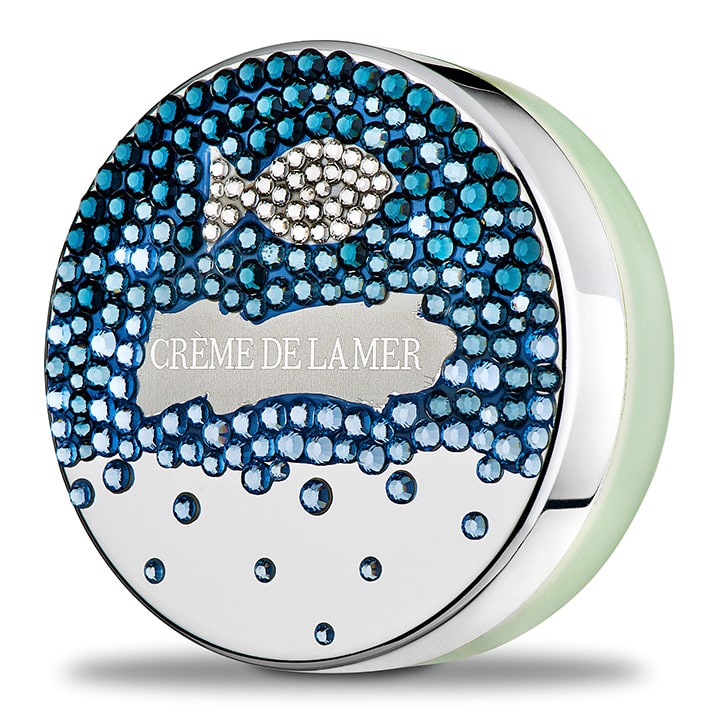 Crème de la Mer’s World Oceans Day 2013 campaign seeks to raise awareness not only for the beauty and restorative power of the sea, but also its fragility and in commemoration of the importance of World Oceans Day, Crème de la Mer is offering a newly designed limited edition of its highly sought after 100ml jar of Moisturizing Cream (available here, exclusively from Selfridges) and encrusted Lip Balm (24 available from Selfridges Oxford St)

Only today I opened a new Crème de la Mer Lip Balm as it’s the only thing that seems to clear up my eczema, but I now realise that mine has a distinct lack of crystals and as we all know it’s “pink to make the boys wink & blue to make the girls woo“, so there’s nothing more masculine than having a La Mer Lip Balm covered in blue crystals.

You can read my review of the Lip Balm here. The review for the Moisturizing Cream is here.